In Argyll two sightings of the rare and endangered marsh fritillary butterfly were made at Glasdrum NNR, the first on the reserve since 2016. The butterfly’s foodplant, devil's-bit scabious, has done well on the reserve this year so staff are hopeful the species will return in future years.

Meanwhile at Moine Mhor NNR, drone imagery has revealed some impressive results from peatland restoration works aimed at rewetting as much of the bog as possible, while this year also saw the restoration of the popular Giants in the Woods at the reserve.

In the north-east, the tern colony at Forvie NNR recorded a solid season, including the successful fledging of two little tern chicks – the first there since 2018. The reserve’s eider population also had a successful year with 167 young fledged, the best result for this species at the reserve since 2003.

Elsewhere at Muir of Dinnet NNR, work has been taking place to upgrade the path on the Kinord north shoreline, which will improve access while protecting more sensitive areas from disturbance. The reserve experienced its biggest ever redwing fall in October, with up to 3,000 of these winter visitors dropping by to guzzle rowan berries.

At St Cyrus NNR extensive work is being carried out to improve facilities on the reserve, including the opening of a new inclusive and accessible toilet block and upgrades to the car park.

Meanwhile up in Shetland, NatureScot reserves recorded increases in some breeding seabirds. At Hermaness NNR, the fourth largest gannet colony in Scotland, a total of 29,562 gannet nests were counted at the reserve in 2021, a 15% increase since the last count in 2014.

On Noss NNR 28 storm petrels replied to call recordings played next to potential nest holes in a sample of stone wall. This is the joint highest total since this secretive seabird was found breeding on Noss in 2008.

In the south of Scotland extensive habitat restoration work, including 2,000 trees planted, at Cairnsmore of Fleet NNR is already reaping rewards for nature. Staff were delighted to see some exciting newcomers to the site in the summer - keeled skimmer dragonflies –following bog restoration work carried out on a further 80 hectares of hillside.

This year was a big one for Beinn Eighe NNR in the Highlands, as the UK’s first National Nature Reserve celebrated its 70th anniversary. As part of the celebrations, NatureScot held a photography competition to showcase the dramatic landscape, species and habitats of Beinn Eighe, with Ben Catchpole of Norwich named as the winner.

Further south at Tentsmuir NNR two species were recorded for the first time. The sightings of wall butterflies and banded demoiselle damselflies in 2021 are some of the most northerly sightings of these striking insects.

At Loch Leven NNR an appeal to help fund the replacement of the popular Mill Hide raised almost £30,000. The amazing response came after the popular bird hide on the shores of the loch was destroyed in a blaze in February.  A contractor has now been appointed for the rebuild, which will hopefully be completed by the spring of 2022.

NatureScot Chief Executive Francesca Osowska said: “In the year that brought COP26 to Glasgow and focussed the world’s attention on the twin crises of nature loss and climate change, it’s really heartening to reflect on the great work taking place across our National Nature Reserves. As we head into 2022, it’s fantastic to see these efforts yielding such positive results for nature and for people.

“This year has been another challenging one for many. Throughout the ongoing pandemic our beautiful reserves have helped people to enjoy spending time out of doors and connect with nature, and we want to thank everyone who helped us to safeguard these special places for future generations by treading lightly on their visit.

“Despite the season there’s still much to see so we’d encourage people to get out and enjoy their local national nature reserves over the holiday season and beyond.” 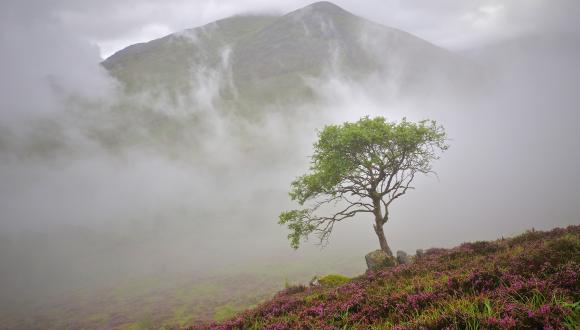