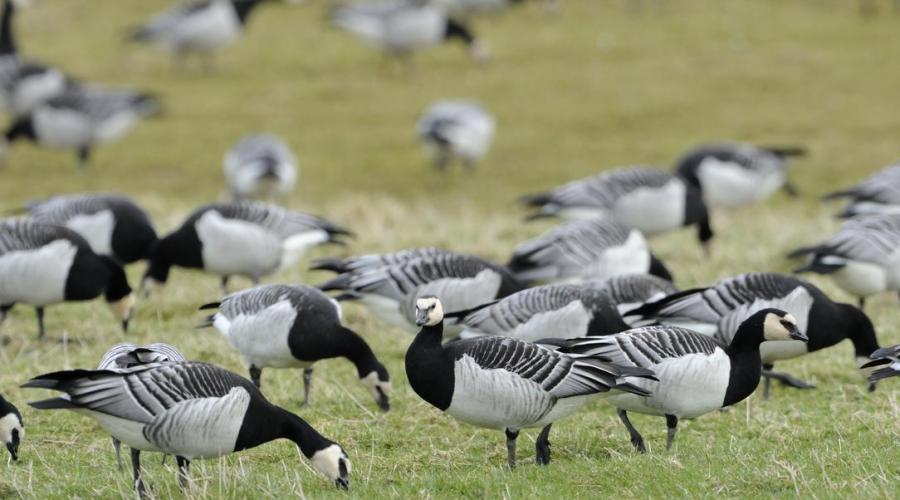 NatureScot has set up a surveillance network to monitor migrating geese and wintering waterbirds and guard against the continuing threat of avian flu this autumn and winter.

Information gathered by a team of site managers and volunteers across the country is feeding into the work of Scotland’s avian flu task force, helping it provide swift advice to government, conservationists and land managers on practical actions to help reduce the transmission and impact of the virus.

The current H5N1 strain had a devastating impact on seabird populations throughout the summer. Now that the seabird breeding season is over and colonies have dispersed, concerns remain about how the outbreak could evolve over the coming months and affect migrating goose populations, other waterfowl and waders.

Earlier this month, the chief veterinary officers from Scotland, England and Wales declared an Avian Influenza Prevention Zone (AIPZ) across Great Britain to mitigate the risk of the disease spreading amongst poultry and other captive birds. This follows an increase in the number of detections of avian influenza in kept and wild birds.

As wintering geese continue to arrive in Scotland, the task force led by NatureScot, is working at speed to understand risks and take the necessary action on the ground. The task force is overseeing the development and implementation of the upcoming Scottish Avian Influenza Response Plan which will inform management responses, assure the best monitoring and surveillance and support mitigation and recovery.

Migratory birds, especially waterbirds, carry different strains of the virus along their migration routes. In winter 2021/22 there was a large outbreak in Svalbard barnacle geese around the Solway, with approximately a third of that population impacted. Other goose species such as pink-footed geese were not impacted as heavily.

Early counts of barnacle geese are currently taking place at key sites on the west and north coast to help guide management decisions.

Alastair MacGugan, NatureScot’s Wildlife Management Manager, said: “As we head into the winter months, we are still very concerned about the potential impact of avian flu on our wild bird populations and we remain vigilant to ensure we can respond to the evolving situation.

“We’re monitoring wintering goose populations very closely for avian flu and are working with colleagues in Iceland and Norway to identify cases in migrating populations. Here in Scotland, we’ve set up a network of site managers and volunteers to provide real-time reporting on what is happening out in the field, helping us take swift and targeted decisions.”

The NatureScot Scientific Sub Group, established earlier this year, is considering the extent to which different activities may disturb birds, leading to increased infection and slower recovery rates.

A precautionary approach is being taken to any activity that may individually or cumulatively impact on geese and wintering waterbirds – including public access, cockling, ringing, licensed shooting and wildfowling.

Decisions on whether to issue licences to shoot geese causing serious agricultural damage will be taken on area-by-area basis and using the best current available information.

Where wildfowling on the foreshore is carried out under permit, these have been issued. However this will be reviewed if an avian flu outbreak is confirmed in the relevant area.

Thankfully, the risk to human health from the virus is very low, but members of the public should continue to avoid touching sick or dead wild birds and keep dogs on the lead in areas where there are infected birds.

Example poster for use at reserve threshold points informing visitors of avian flu and actions to take.