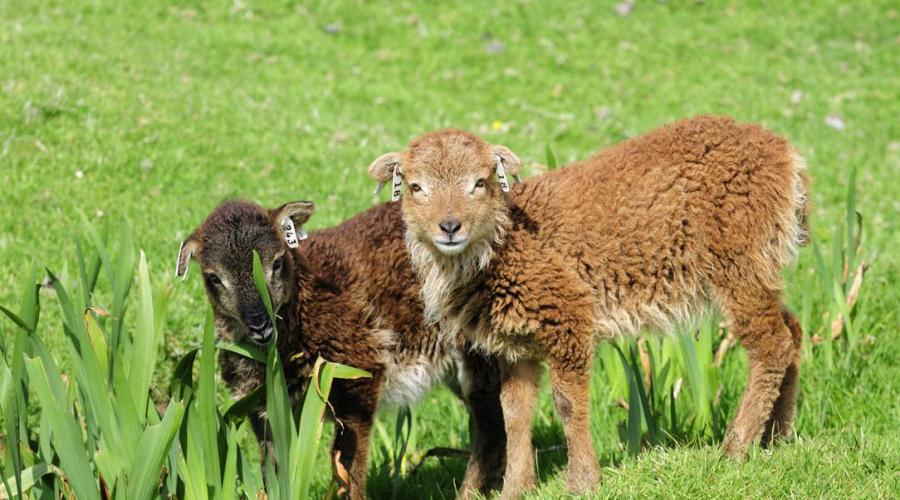 Urgent plea for dog owners to take the lead near livestock

Several Scottish organisations have united in an urgent plea to dog owners across the country to keep their dogs under proper control around livestock.

Lambing season is already well underway in Scotland, and most of the ewes we see now grazing the hills and fields are heavily pregnant at this time of year. Already farmers are reporting worrying attacks on their sheep by dogs, often because dog walkers have not kept their pets under control. Many attacks also involve unaccompanied dogs which have been allowed to stray.

Some reports include horrible physical injuries to sheep. However, a dog doesn’t need to be big or aggressive to be a concern, as the distress and exhaustion alone of what might appear to be a harmless chase can cause a ewe to miscarry, or even die.

Francesca Osowska, NatureScot Chief Executive, said: “Our message to all dog owners in Scotland is simple but really important – we want you to enjoy your visit to the countryside, but please, please keep your dog under proper control.”

For many in Scotland who have become dog owners for the first time over the Christmas period and during lockdown, being outdoors in the countryside with their pet will be a new experience. A range of national organisations have now joined forces to highlight the impact of livestock attacks and stress how important it is to always keep your dog in sight and under control near farmland – if in doubt use a lead, they say.

The partnership – which includes NatureScot, The Kennel Club, Police Scotland, NFU Scotland, Visit Scotland and Scottish Land & Estates – say do not allow your dog to approach animals or people uninvited, adding that in open country, it may not be obvious when animals are around. Where possible you should avoid animals, but release your dog if threatened.

Francesca said: “It’s important to understand that our access rights in Scotland’s countryside are dependent on responsible behaviour by the public, and for people walking dogs, this includes keeping their pets under proper control. We urge new dog owners to take the lead on responsible ownership by familiarising themselves with the Scottish Outdoor Access Code.”

There are around half a million dogs in Scotland. One in five of us now share our home with a loveable pooch and the Covid pandemic has led to a noticeable increase in the number of dog walkers taking exercise in the countryside.

NFU Scotland’s Head of Policy Team, Gemma Cooper said: “It is imperative that dog owners ensure that their pets are controlled in the countryside. We continue to see the devastating impacts of dog attacks on livestock almost daily and this crime is completely unacceptable. Unfortunately, we know of a number of cases where farmers have been left with no choice but to shoot dogs that have worried livestock. Any dog, including the most placid family pet, can inflict horrific damage to animals such as sheep. Particularly during lambing season, dogs must not be taken into fields with young lambs or pregnant ewes.

“Given that livestock attacks and dog fouling are two of the biggest issues that farmers, crofters and landowners face through the irresponsible actions of dog owners, the Union is urging Scotland’s MSPs to support and strengthen the measures in the landmark Protection of Livestock Bill, as it makes its way through the Scottish Parliament.  NFU Scotland has worked closely with Emma Harper MSP, the Member in Charge for the Bill which would significantly increase penalties and powers for investigation.”

Ed Hayes, Head of Public Affairs at The Kennel Club, said: “Repeatedly allowing a dog to stray is a clear sign of irresponsible ownership; it needlessly puts dogs’ lives at risk, as well as farm animals and wildlife. Our rights and responsibilities as dog walkers in the countryside are set out in the Scottish Outdoor Access Code and we encourage all new dog owners to visit the website. We urge the responsible majority of dog owners to report strays and support local councils in targeting the irresponsible minority at an early stage using Dog Control Notices.”

Insp Alan Dron, Rural Crime Co-ordinator for Police Scotland, added: “Police Scotland takes any report of livestock attacks or worrying seriously. Consistently raising awareness of this emotive offence has resulted in more dog attacks being reported, investigated and where applicable, owners brought before the courts. Unfortunately, too many instances of dogs attacking or worrying livestock still occur and whilst we want everyone to enjoy our countryside, it is important that dog owners, or those in charge of dogs, exercise greater caution when accessing rural areas, particularly if livestock are present.” The Scottish Outdoor Access code in full and in parts 1 - 6.