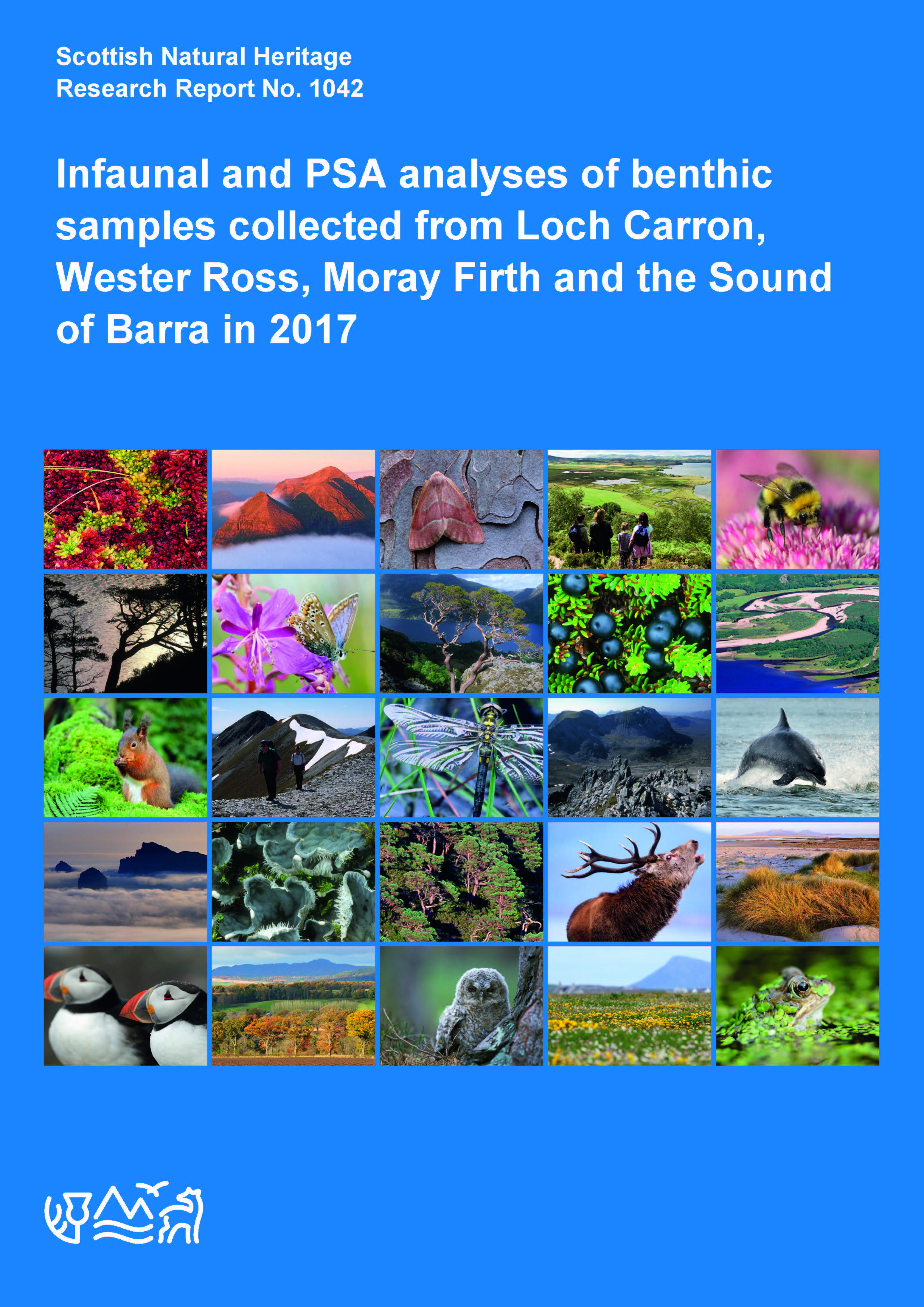 This report presents new information from benthic analyses of seabed sediment samples collected from Loch Carron, Wester Ross, the Moray Firth and the Sound of Barra. The aim is to improve our knowledge of the extent and current condition of the seabed habitats in these areas.

Grab samples were taken from research vessels in May and July 2017, largely to complement video surveys in the same area. The infaunal communities and associated qualitative taxa, such as algae and encrusting sponges and hydroids, were assessed alongside granulometry to assign biotopes to each sample. The analysis of grab samples provides an in-depth assessment of seabed features and in this report, habitats of conservation interest, such as maerl beds and flame shell beds are described.

The findings of this study improve the resolution of data and increase our understanding regarding the extent and distribution of seabed communities within the four survey areas in Scotland. Analysis of seabed video imagery collected during the Loch Carron survey has been reported separately in Research Report 1038, while footage collected in Wester Ross, in the Moray Firth and the Sound of Barra, is reported in Research Report 1085.