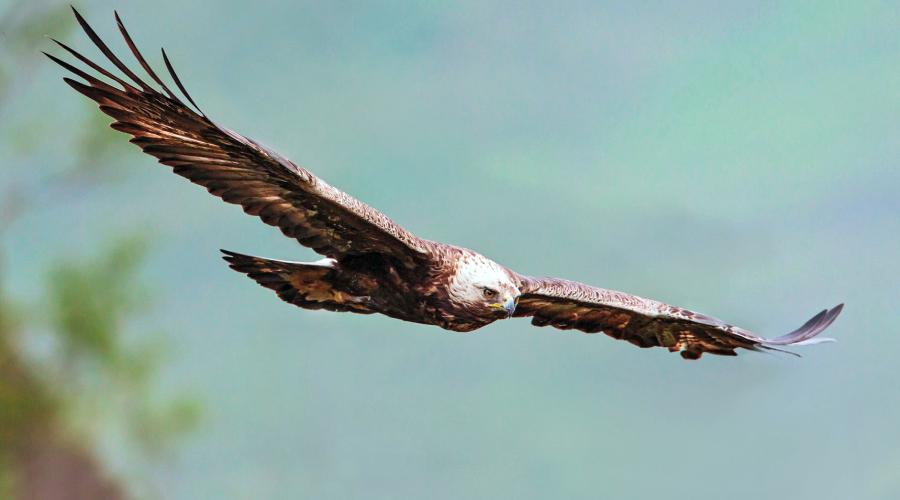 Love may be in the air for groundbreaking conservation project

A pioneering conservation charity addressing low numbers of golden eagles in the south of Scotland has reported that a pair of eagles translocated to the area in 2018 and 2019 have exhibited potential courtship behaviours. This is the first time such behaviours have been witnessed since the groundbreaking South of Scotland Golden Eagle Project began.

Raptor expert and Eagle Officer for the Project, John Wright was lucky enough to witness the iconic birds displaying behaviours that golden eagles often use to communicate with each other prior to mating. He watched in awe as female Beaky (who was translocated to the area in 2018) and male Skan (who arrived a year later in 2019) performed an undulating flight together.

Explaining what he saw, John said: “I could see from the tag data that Beaky was in an accessible position, so being careful not to disturb her, I went to check how she was doing. When I got there, I was delighted to find both eagles sitting a few metres apart on the fence, looking like they’d both just had a good feed.

“As the cloud cleared, they took to the skies, shadowing each other, wing-tip to wing-tip. Skan (the male) appeared more dominant. Beaky rolled on to her back several times, legs outstretched and talons splayed, as Skan closely tailed her. It was an absolutely spectacular display which lasted about eight minutes before they went their separate ways.

“While it’s difficult to say for sure, and Skan in particular is very young for an eagle to settle down, these amazing behaviours had elements commonly associated with eagles attracting a mate. It was a truly beautiful sight and such a privilege to witness it first-hand.”

The interaction is potentially a significant milestone for the project and partners RSPB Scotland, Scottish Land & Estates, Scottish Forestry, NatureScot and the Southern Uplands Partnership.

Francesca Osowska, NatureScot’s Chief Executive, explained: “Golden eagles are one of Scotland’s most majestic birds and used to be plentiful across Scotland. We work to enrich nature across Scotland, including returning wildlife to places where it used to thrive. This is a brilliant project which does exactly that, increasing breeding pairs of golden eagles in south Scotland. I am absolutely thrilled to hear of this spectacular interaction between Beaky and Skan, and I hope that this is a further indication of golden eagles establishing a strong base in the south of Scotland.”

Speaking about what the latest news means to them Julia Stoddart, chief operating officer of GFG Alliance’s JAHAMA Highland Estates, where Beaky was reared by her parents before being carefully translocated to the south of Scotland, said: “We are privileged to foster a strong population of golden eagles and are keen to play our part in re-establishing this iconic bird in areas where it should not be absent. It is incredibly exciting to hear that an eagle hatched on our estate, Beaky, is one of the first birds translocated by the South of Scotland Golden Eagle Project to display courtship behaviour.”

Support from funders, volunteers, land managers, raptor specialists and other participants plays a pivotal role in helping the iconic species continue to grow in numbers and thrive in the area. Over 10,000 people have participated in the initiative to date.

Before the project began, there was only between two and four pairs of golden eagles across Dumfries and Galloway and the Scottish Borders, however a supporting study by NatureScot shows that the local habitat is suitable for up to 16 pairs.

Since 2018, the South of Scotland Golden Eagle Project has successfully translocated four golden eagles from the Scottish Highlands to the south of Scotland. The four birds have all settled into their new habitats and are fending for themselves. The Covid-19 restrictions prevented the charity from translocating eagle chicks in 2020, but they plan to translocate more in 2021.

Earlier this year, Beaky was the first of the project’s eagles to venture south of the border and visit the North Pennines area, where there have been no breeding pairs of eagles for many years.

For the latest news on the charity and a range of engaging resources visit: www.goldeneaglessouthofscotland.co.uk 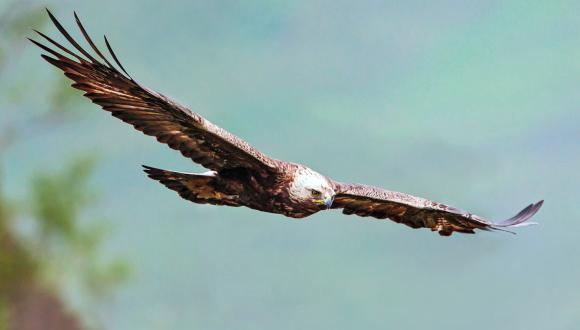 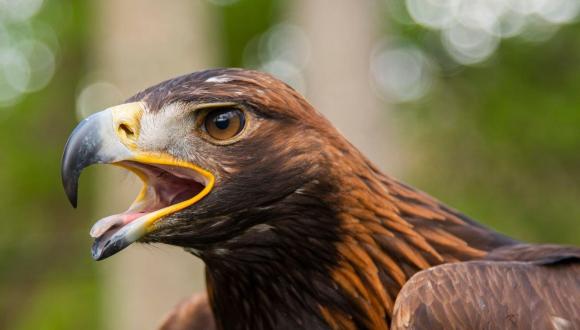 10,000 people take golden eagles under their wings in support of groundbreaking conservation project

A project to help protect and grow the golden eagle population in the south of Scotland. 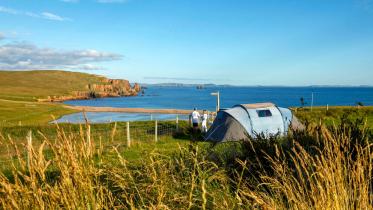 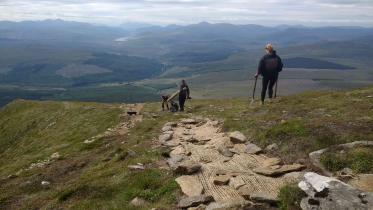