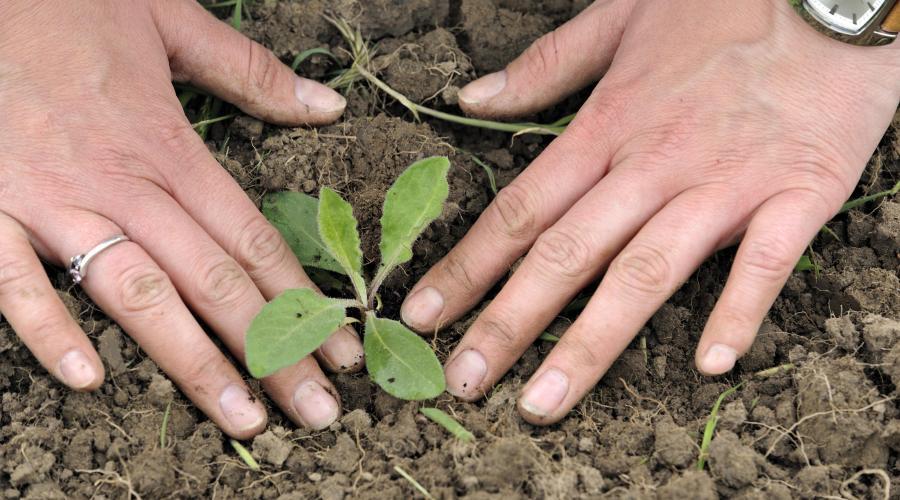 Projects that restore nature and tackle the causes of biodiversity loss will benefit from a share of at least £13.5 million annually through a Scottish Government fund set up following agreement with the Scottish Green Party.

The Nature Restoration Fund will fund projects that address the biodiversity and climate crisis by putting Scotland's species, woodlands, rivers and seas back on the road to recovery.

A Programme for Government commitment, the fund comprises a multi-year package of at least £55 million over the next five years.

On Nature Day at COP26, the First Minister and Minister Patrick Harvie visited the Seven Lochs project in Easterhouse to meet members of local community youth groups and take part in wildflower planting near a new habitat for endangered water voles.

“Today’s investment is our biggest ever grant scheme specifically targeted at nature restoration, reaffirming our commitment to addressing the twin challenges of biodiversity loss and climate change. Most importantly, following the UK government’s withdrawal from the EU Life scheme, it will enable large-scale, multi-year, projects of the kind which are simply not possible with annual grants.

“We have reached a critical juncture for action – with the hosting of COP26 here in Glasgow and COP15 in Kunming, China next Spring – and we in Scotland are playing a leading role. Through our leadership of the Edinburgh Process we are working to build commitment among governments around the world to raise the ambition at next year’s COP15 international biodiversity summit, in line with our own goal to halt the ongoing loss of nature by 2030.

“In addition today am delighted to formally endorsed the Leaders’ Pledge for Nature, further embedding Scotland’s place among leading nations with the highest environmental ambition.”

“We are a part of nature, not apart from it. If we can’t support nature then we can’t support humanity. Scotland is committed to ramping up nature based solutions that create a greener, fairer and more prosperous nation for all.

“This funding will mean new projects going forward across Scotland - on land and at sea - that address the twin crises of biodiversity loss and climate change, restore our natural environment and improve the health and wellbeing of local communities.”

“The Nature Restoration Fund is a hugely important weapon in our fight against nature loss and climate change. By investing in multi-year, multi scale projects, focussed on the species and habitats that need most help, a future for Scotland’s nature, young people and communities across Scotland looks a lot more promising.”

The Nature Restoration Fund supports action on the ground to address the biodiversity and climate crises by aiding nature restoration in Scotland’s terrestrial and marine environment, enabling transformative change through large-scale, multi-year, multi-partner projects. This forms part of the wider commitment to invest £500 million in the natural economy over the course of the parliament to support a transformative approach to protecting and restoring Scotland’s biodiversity.

Funding will comprise of at least £13.5 million for each year of the current Parliament session (£11 million CDEL and £2.5 million RDEL per year), plus £1 million across the Parliament for administrative costs.

Seven Lochs is a partnership project which has received funding from both the Biodiversity Challenge Fund and the Green Infrastructure Fund.