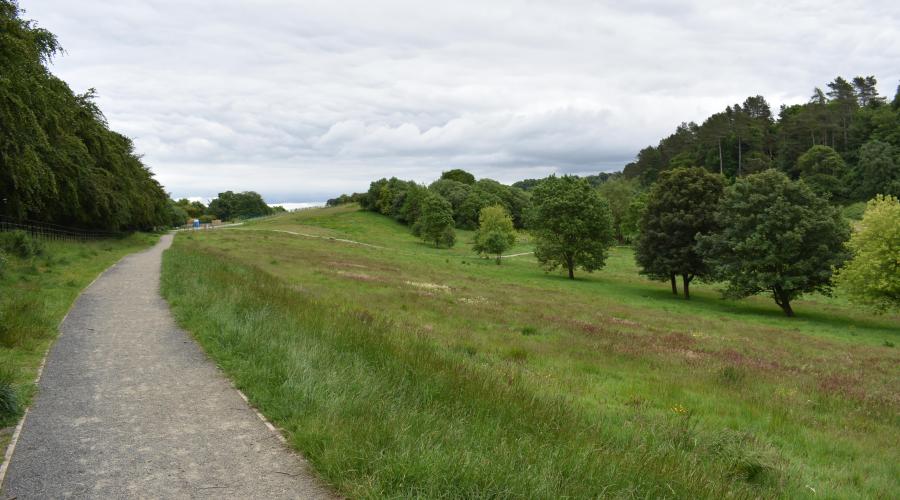 SURF, but not as we know it

As I settled down one dark evening last week I flicked through a host of social media updates. One of them quickly caught my eye. It was the news that Fernbrae Meadows had been shortlisted for a SURF Award.

I’ll confess the association of the word SURF with an urban park on the fringes of Glasgow stopped me in my tracks.  When I think surf I contemplate sunny Cornwall, rolling waves, and the unmistakable scent of the sea.

I was about to be surprised.

A little probing on my part and the answer of course made sense. SURF stands for Scottish Urban Regeneration Forum which sets out to improve the lives and opportunities for residents in Scotland’s disadvantaged communities. Fernbrae Meadows it transpired had been shortlisted in their ‘most improved space’ category for a national award.

That bit didn’t surprise me.

The transformation of this once rolling golf course, which commands long views over Glasgow, is a huge success story.  It’s a thriving, popular urban park and that’s the surface headline we all know. However, lurking just beneath the surface is an arguably even more impressive story.  The creation of Fernbrae Meadows is a sustainability triumph.

It’s one thing to deliver a successful project boasting sensible place-making, health and wellbeing benefits, vibrant community involvement, climate change mitigation measures and biodiversity gains.  It’s quite something to do it whilst delivering sustainability.

To do so required teamwork.  Throughout the funding application and design phase of the Fernbrae Meadows project all aspects of sustainability fell under the microscope. South Lanarkshire Council and Ironside Farrar, their environmental and landscape consultants, were careful in their design and specification requirements to stipulate practices which would support local and regional businesses, whilst still meeting the framework of procurement rules.

They achieved this by a painstaking attention to detail.  For example, by careful specification of the plants used it was possible to include not just generic woodland trees, but Scottish native species. These should thrive in this location and be beneficial to biodiversity goals whilst all the while having been mindful of carbon footprint issues. Factors such as exploring the provenance, and availability of local supply and growers, were just some of the pleasing routes the project took.  The conscious decision to avoid large trees and specify plants such as local heritage apple varieties for the new orchard helped meeting sustainability goals.

That same methodical approach served them well in meadow creation too, where using seed mixes that were specific to Scottish conditions, scored well on various levels. Likely to take, likely to thrive, locally sourced, those are the essential hallmarks of delivering good Nature-based Solutions in a sustainable fashion, according to Iain Morrison, Landscape Architect for Ironside Farrar. “Habitat creation associated a former golf course required careful rewilding techniques – disruption of land drains to create wetlands – movement of soils to expose sandy former drainage areas that provided us with areas of low fertility, the reforming of a burn with wide banks to achieve a riparian edge all helped to maximise biodiversity within the site. The ability to be able to specify not only appropriate native species but those of a Scottish provenance was beneficial not just to the site but also assists those seed suppliers who are providing an invaluable service by conserving native bio-diversity”.

Even the hard landscaping was a slave to detail. Materials such as Scottish larch were chosen for boardwalks, and all of the walling stone used was a Scottish whin – which was a particularly wise choice as it allowed Ironside Farrar to specify materials, not just associated with the geology of the site but from responsibly operated quarry facilities within 15 miles. This was supplemented with the sourcing of reclaimed local setts and feature paving from Caithness. Iain designed stainless steel inlaid viewpoint markers for the Caithness slabs which further helps support skills and investment in technology in rural locations.

That might seem like a small detail, but it helps support the stone industry in Scotland. The supplier was able to produce the very attractive paving and walling material without incurring any significant transport footprint. Other bespoke or specialist elements were quick to support local skilled labour. Existing  posts on site were not only refurbished but used as a cast, with the help of a local blacksmith, to ensure that the rather neat black estate fencing that fringes Fernbrae Meadows re-established the site heritage whilst creating a strong sense of place.

Overall the design included items that were more dependent on skilled labour than plant – a fact which everyone would be quick to highlight both supports immediate employment but also provides greater opportunity for sustainable maintenance – including potentially community-based works. The concept encourages locally focused interventions within the site in the forthcoming years.

They say that “a picture paints a thousand words”. When Iain Morrison recently sent me a picture of a dumper truck in Carluke it didn’t immediately dawn on me just what his picture revealed. However, the story was about the driver – Kyle. He lived in the community next-door to Fernbrae Meadows and was taken on by Caley construction as a 16 year old apprentice when the project began in earnest. Now over two years later Iain’s picture showed that Kyle still works for Caley. In a nutshell Kyle’s story reveals a very long reaching benefits that adopting a sustainable mind-set can deliver.

We won’t know if Fenbrae Meadows won SURF’s ‘most improved space’ award until February 2021. But in delivering this regeneration project in a sustainable fashion many would argue it is already a winner. 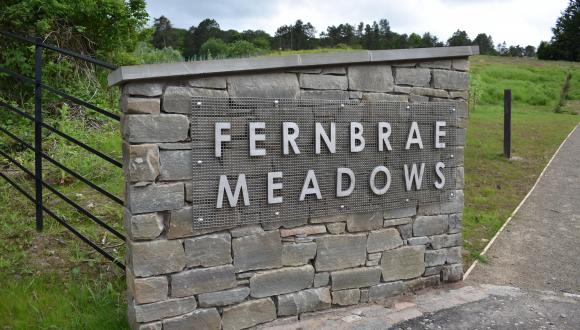