Scottish waters offer some of Europe’s windiest sites for harnessing offshore wind energy, but nature and landscape impacts may result.

Wind turbines are now a proven technology, but Scotland is leading the way in developing novel solutions including offshore floating wind technology.

Wind farms and associated transmission infrastructure can have impacts on :

We support a planned approach in which offshore wind development is guided towards the locations and technologies that have the least adverse impact on Scotland’s seascapes, species and habitats.

Scotland is recognised across the world for:

Our productive seas are also a vital economic asset.

Commercial offshore wind farms are much larger than onshore wind farms and use bigger turbines. So far, most developments have been in shallow water (10–60m deep). Newer technology such as floating platforms may enable deeper locations to be developed.  Marine Scotland, who regulate the offshore wind sector in Scottish seas, have recently (2018) initiated a sectoral planning process for future commercial offshore windfarm development. This should help guide future schemes to areas of good wind resource but fewer environmental constraints than other locations.

Two deeper water demonstration turbines in the Moray Firth are due for decommissioning by 2020.

SNH Guidance on Coastal Character Assessment has been developed and will be available shortly. A link to this guidance will be made available once published.

Marine Scotland carried out a review of avoidance rates and reported back in 2014. The UK’s four country nature conservation agencies advised on how the offshore wind industry could apply the review’s findings to impact assessment.

Read The Avoidance Rates of Collision Between Birds and Offshore Turbines: BTO Research Report No. 656

You can view all current marine renewable energy project information on the Marine Scotland website.

The information on each project is split to cover the various stages of scoping and pre-application, application and determination, and post-determination. Our guidance and advice can help developers to assess and mitigate the impacts of a proposed scheme on marine species, marine habitats and coastal landscapes. 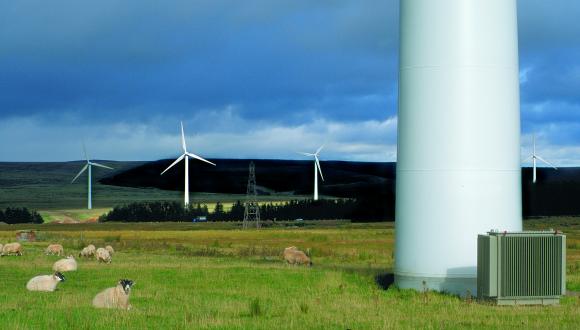