Traditional orchards in Scotland are plantations of mature, open-grown fruit-producing trees – mainly apple – which are planted anything from about 3 m to more than 20 m apart and are managed in a low-intensity way, without the use of chemicals and fertilisers.  Other tree and shrub species can occur but are scarce.  The ground vegetation is most commonly some kind of neutral grassland, either unimproved or agriculturally improved, but can also include other types of grassland and patches of bramble.  Scrub, wetland vegetation, ponds and streams can also occur.  This habitat occurs within enclosed agricultural lowlands, on various types of soils, slope gradient and slope aspect.  Traditional orchards are widespread in the English lowlands, but elsewhere in the UK they are scarce.  In Scotland there is an estimated 250 ha of this habitat, with the greatest concentrations around the Tay estuary, the Clyde valley and parts of the Borders and Lothians.

Learning in Local Greenspace with Linnvale Primary - a case study

Why learn in local greenspace Like all schools taking part in the Learning in Local Greenspace project, Linnvale serves one 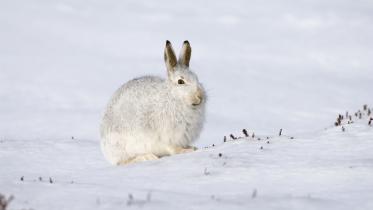 Mountain hares in Scotland are to be given greater protection under regulations introduced to the Scottish Parliament today.