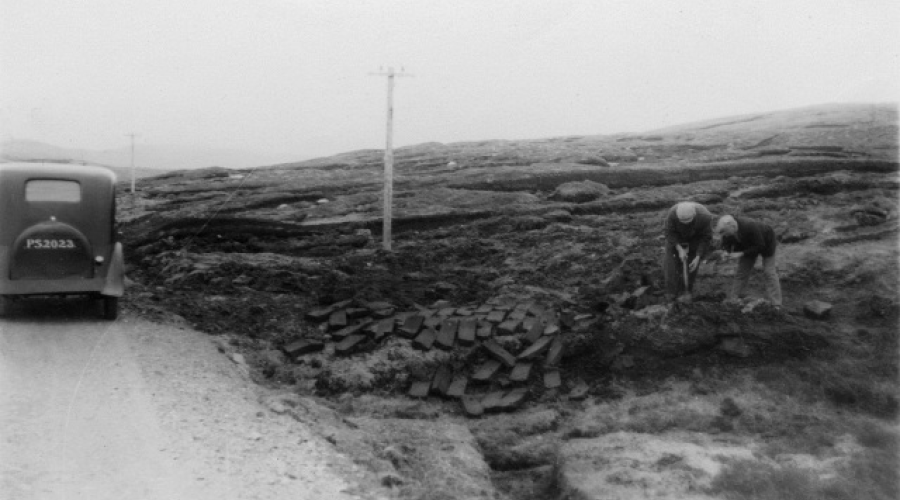 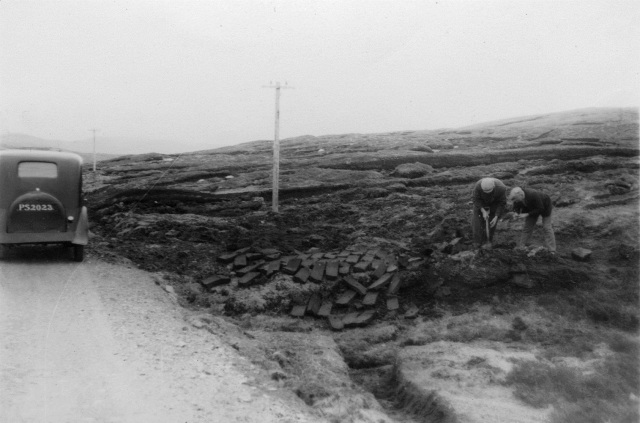 Famously these have included ‘bog bodies’ such as Tollund Man, Grauballe Man and Lindow Man.

Closer to home, in Shetland in 1951, two peat cutters revealed the remains of a man now known as ‘The Gunnister Man’ which is believed to date from late 17th or early 18th century. Here Dr Carol Christiansen, Curator and Community Museums Officer of the Shetland Museum and Archives, takes up the story.

At the time of Gunnister Man’s death there were few records, there was no census. This one individual offered us an opportunity to learn more about this period.

Burials outside kirkyards happened for a variety of reasons: death was from an unusual or potentially contagious disease, the deceased had crossed social or religious mores such as suicide, or if the remains were found some time after death. In addition, bodies washed up on shore would usually be buried where they were found. What was particularly unusual about this body was that nobody knew he was there; generations that had lived nearby knew of no folklore. When the body was uncovered it was a complete surprise.

We know that what remains in a peatbog will vary according to the acidity of the peat. What was left of Gunnister Man was the woollen garments he was wearing, some artefacts and his hair and nails (which are, after all, made from the same substance as wool!). However from this we have – like forensic scientists – been able to tell at least a small part of the Gunnister Man story.

First of all we do not believe he was murdered.

None of the fabric shows signs of wounds being inflicted. Indeed the tight stitching together of his clothing to ensure there were no draughty gaps leads us to consider that he was fighting the cold. He more or less tied himself into his clothing. At this time Britain was going through the Little Ice Age, famous for the ice fairs on the frozen Thames. It seems likely that Gunnister Man was the first known ‘fashion victim’. His clothes were quite fashionable, his stockings well made and his whole outfit not as practical as Shetland wear of the time. Certainly from where he was found he would not have been able to see where the next place of shelter might have been – he may simply have lost his way.

In addition he was carefully buried, but not transported to a burial ground. He could have been found after a long period of inclement weather and his body not in a suitable state to be carried the distances to nearby cemeteries.

He was not robbed. A small knitted purse found with him contained Dutch and Swedish coins, not unusual for the time. The purse is the earliest evidence of the patterned knitting Shetland is famous for but we do not think the rest of his clothing is from Shetland. He was wearing short wide breeches which were common in the Netherlands, a woollen cap very similar to those worn by Dutch whalers and carrying a quill and horn; the dark substance in the horn was tested and found to be ink.

So, although his shoes are rivlins, locally made hide shoes, he may not have been from Shetland. Closeby we know there was a Hanseatic trading place – was he perhaps a travelling merchant or clerk making his way in this remote area from one trading place to another?

In 2009, we made full replicas of all of the finds, which are together displayed in a permanent Gunnister Man display at Shetland Museum and Archives in Lerwick, Shetland.

We may never answer all the questions about Gunnister Man but reconstructing the evidence from these remarkably well preserved items has given us many clues to his story.

All objects in the original find went to Edinburgh and are now in the collections of National Museums of Scotland. Some objects are on permanent display in the galleries of the National Museum of Scotland.  Immediately after the burial was discovered, the finds were taken to a local house, where some people knitted replicas of the stockings and purse. These replicas are on display in Tangwick Haa Museum in Northmavine, Shetland.

Special thanks to: Shetland Museum and Archives https://www.shetlandmuseumandarchives.org.uk/, and the National Museums of Scotland.

For further information, or to get involved with PeatlandACTION 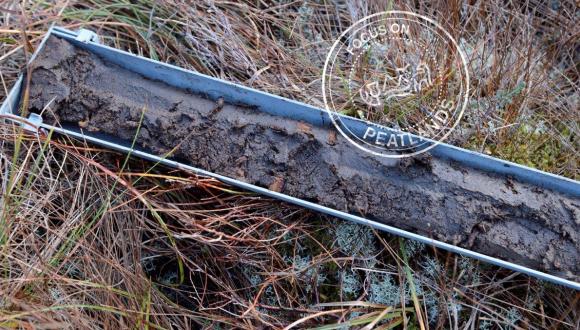 Read highlights of the work Peatland ACTION are undertaking through the stories written by our Project Officers and partners in our series of themed case studies. 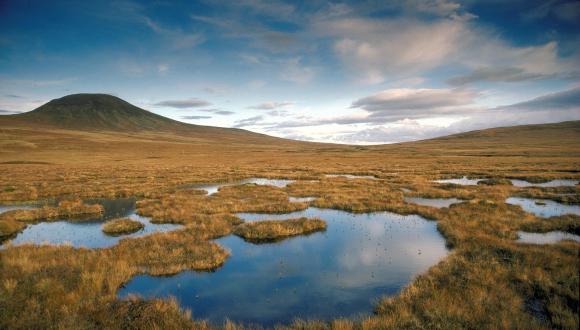