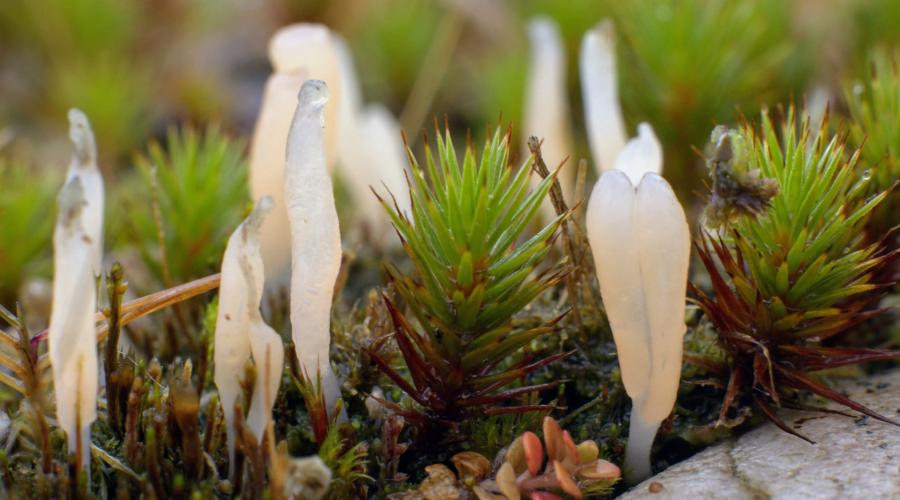 A beautiful and unusual club-like lichen has been discovered for the first time in Britain.

The find of Multiclavula corynoides – sometimes referred to as Club-wielding Crust Lichen – was made by SNH lichen expert David Genney while out mountain biking around Ben Wyvis National Nature Reserve (NNR) in the Highlands of Scotland.

The lichen occurs across Scandinavia, in Iceland and in northern North America but this is the first record of the species in Britain.

Most lichens are composed of a cup-fungus and an alga with distinctive circular jam-tart fruit but this species is different because it forms tiny club-shaped ‘fruits’ which emerge from a mat of algae and fungal threads.

It was discovered on the verge of a gravel forest road at the base of Ben Wyvis NNR, the slopes of which are home to a fantastic range of plants, mosses, liverworts and lichens.

David said: “I was out with a couple of friends enjoying a day’s mountain biking around Ben Wyvis. While I’m usually focused on the trail ahead and wide mountain views I also keep half an eye out for interesting plants and fungi, especially on the long, slow uphill sections! I suppose I was secretly hoping for an excuse for a rest so was delighted when I spotted something a little different out of the corner of my eye.

“I recognised it because the Kew Lost and Found Fungi project have been encouraging citizen scientists to look out for rare or under-recorded species. They had highlighted a related lichen as one of their target species so things like this were on my radar.

“It’s always exciting to find something you’ve never seen but for it to be a species that has never been seen in Britain before made my day. The discovery fills a gap in our knowledge of the global distribution of this little fungus. It’s also interesting that it was thriving on an old forestry road siding, demonstrating how nature can sometimes benefit from man-made habitats.

“It just shows the importance of keeping your eyes peeled when you’re out and about enjoying the outdoors - you never know what you might discover.”

The British Lichen Society is a great source of information for those interested in discovering more about lichen species. 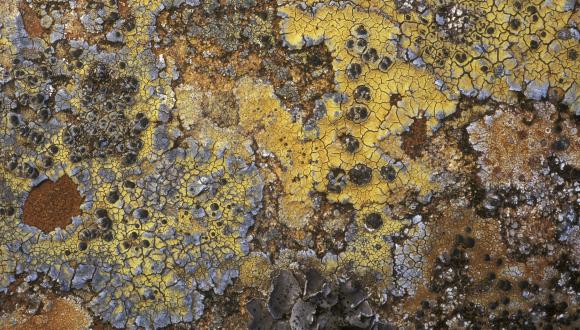 Some of Scotlands staggering variety of more than 1,500 lichens are important on a European or even global scale.

Be inspired by the magic and beauty of National Nature Reserves. These reserves protect an amazing range of wildlife and landscapes and each one is waiting to be discovered by you.