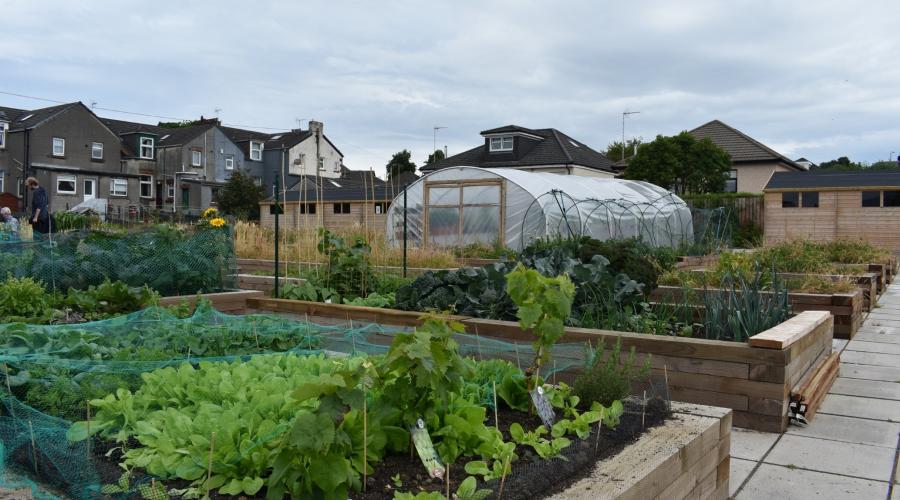 One of Scotland’s newest urban parks, it sits on what was the former site of St Eunan’s Primary School.  The old school is long gone, but a new build is only a short distance away, and pupils at the new St Eunan’s make regular use of their former school site.

It is widely accepted that children who experience outdoor learning are likely to be healthier, happier and better motivated than those who are confined to indoor classrooms. But for outdoor learning to succeed you need good outdoor spaces and that’s where Scotland’s Green Infrastructure Fund comes in.

The most recent space to benefit from the Fund and deliver an outdoor learning setting is Melfort Park in Clydebank. One of Scotland’s newest urban parks, it sits on what was the former site of St Eunan’s Primary School. The old school is long gone, but a new build is only a short distance away, and pupils at the new St Eunan’s make regular use of their former school site. Katie Shearer, who is one of the Principal Teachers at St Eunan’s is bowled over by the success of the new park. “We were fortunate enough to be involved with the new community park from the very beginning and for the children in the community to get involved in seeing something built from scratch and to influence how it developed has given them an early sense of stewardship of the new site. The contractors were great, they involved some of our pupils in learning about the architectural processes, allowed them to come down and speak to the on-site builders, and to get involved in discussions about how the park would benefit them and the local community. The outcome of this close involvement means the children are more inclined to respect and look after the park.”

Jan Williamson, who teaches the 10-year olds in Primary Six, makes regular use of the park with her class. “We have been coming down to the park on a weekly or bi-weekly basis for the last term,” she explains, “We used it across the curriculum for a number of areas but particularly to support health and well-being aspirations. To come down here and see what plants grew, what trees were here, and being able to look at the details of trees and how they grow has been an excellent and rewarding experience.

“I’ve really appreciated being able to tie visits to the park into difference areas of the curriculum such as science and maths,” notes Jan. “For example, we came down and measured the circumference of the trees to estimate their age, we looked closely at the bark, and we did bark rubbings.  We recorded the different types of trees and used the data to make interesting bar graphs. We also used technology apps to identify different plants.”

It wasn’t just the children who were inspired. Jan recalls one particular discovery that captured everyone’s imagine.  “I’d found on line that you could listen to the ‘heartbeat’ of a tree by using a stethoscope. Of course the sound was really the sap running through the trees, but it served our purpose well. We were able to do some fascinating science on how a tree grows and when we brought down stethoscopes and listened to the tree’s heartbeat it added a new dimension to our lessons. The key thing is that it was outdoors, it was studying a living thing and the children found it exciting rather than just boring old maths and science lessons.”

Katie is quick to acknowledge the fact that the park opens up new learning opportunities.  “Having access to the park has opened up lots of different avenues for the children who are now enjoying it on a regular basis and speaking about the potential to grow different things whether it’s fruit, vegetables or simply wee plants.  It’s fair to say that close involvement with the park has helped our children understand about nature a bit more.  I can’t stress that enough because it is often overlooked that when you do live in quite a built up urban area such as Glasgow it can be difficult to find those kind of local green spaces to enjoy nature. Having this on our doorstep is marvellous.”

The connection between St Eunan’s and Melfort Park is already well established and is set to grow from strength to strength.

Claire Dunphy, who is one of the enthusiastic deputes at St Eunan’s, is in no doubt about the value of the park either. “Last year I was teaching primary five for part of the week and we decided that in the final term we would come down once a week to the new community park. We came with an open mind and just decided we would see what happened when we got here, rather than having any big plans. It’s just a five or ten-minute walk down from the school but has an immediate benefit in that it offers exercise after lunch. We would come down and do a variety of things like den-building and wild flower drawing. Quite quickly one thing would lead into another discussion and subject. If say the children noticed a particular flower - we were then able to focus on describing that and then explore why the bees were all buzzing around that flower, and then move on to talking about why we needed bees. They were obviously learning lots of new things, but not in a way that we would associate with a traditional classroom setting.”

Another aspect of the park’s benefit that Claire is particularly proud of is the local community links.  “Coming here has helped the children’s self-esteem and confidence, because they would meet some of the older people that live in the sheltered housing nearby, and share the lovely park with long standing elderly residents in Clydebank. Not all of them are used to meeting people in a school day outside their own age range and they enjoyed discussing what we are going to do in the park and the growing and the planting that they can get involved in (we have an allotment plot in the growing area)”.

It’s a measure of just how much the children enjoy Melfort Park that Claire fondly noted that bad weather was seen as a double blow. “Sometimes, in heavy rain, I’d say “Oh no, it’s a bit wet. I think we will maybe leave visiting the park this week”. But the children would be determined  that they wanted to come down to it even if it meant popping on coats and getting a bit wet.

The teachers could hardly be more appreciative of Melfort Park.

Aside from the educational value they sense the benefit of having safe free space for the pupils to run around in. In an age of increasingly busy roads having space to run about safely is ever important.  The park can also tempt children away from online activities and demonstrate the fun and adventure they can have in quality greenspaces.

It took a while to transform the former school site into the community park we see today. But as someone once said “It was well worth the wait”.

The Green Infrastructure Fund Is part of the Scottish Government’s current European Regional Development Fund (ERDF) programme, which runs through to 2023.  This is one of two ERDF Strategic Interventions led by NatureScot – the other is the Natural & Cultural Heritage Fund . 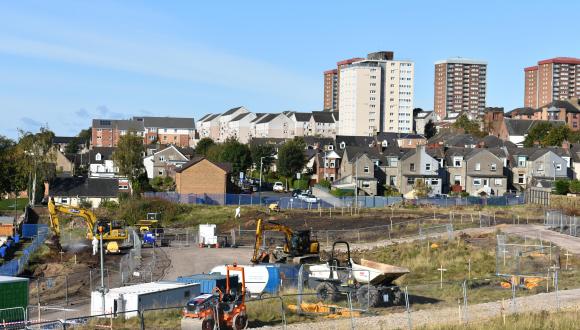 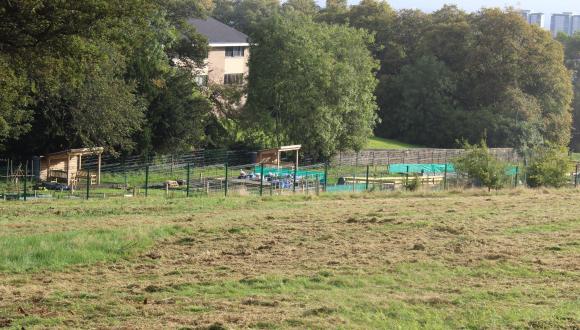