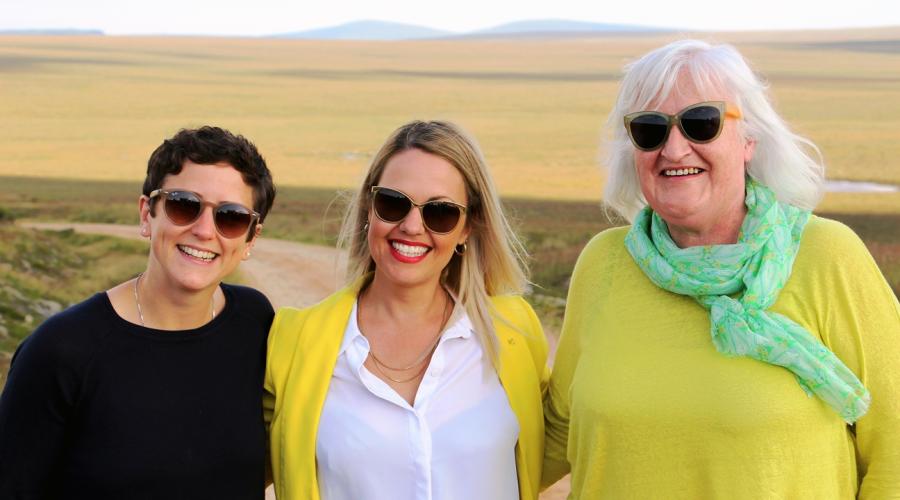 Ms Gougeon met members of the Peatlands Partnership and the local community, and was updated on the heritage site proposal and £10.6 million Flows to the Future Project. She also visited the RSPB Forsinard Flows National Nature Reserve to see previous peatland restoration work.

“I was pleased to see first-hand the vital peatland restoration work that has been undertaken in The Flow Country - and to hear about the work being done to apply for World Heritage Site status. UNESCO recognition would boost the area enormously. It would also show how this special part of Scotland – already making a significant contribution in our efforts to tackle climate change – is using nature as a solution to benefit us all."

“I'm really delighted that the Minister has come up to the Flow Country to hear about the progress we’re making towards getting this amazing place listed as a UNESCO World Heritage Site, and see why international experts have described the Flow Country as the best peatland of its type in the world.”

The Flow Country, and peatlands in general, are a vital part of mitigating against climate change. The area is the largest expanse of blanket bog in Europe. The peatlands have been forming since the last Ice Age and are 10 metres deep in places.

Francesca Osowska, Scottish Natural Heritage’s (SNH) Chief Executive, said:
“The amazing peatlands in the Flow Country act as Scotland’s lung by storing around 400 million tonnes of carbon; that's almost five times the estimated carbon in all of Scotland's woodlands. Given Scotland's recently declared climate emergency, restoration work in the Flow Country is crucial. The phenomenal capacity for peatlands like the Flow Country to store carbon offers Scotland a wonderful way for nature to help us reduce carbon emissions.”

The Scottish Government recently committed an extra £11 million, following an initial commitment of £3 million earlier this year, to help repair and restore Scotland’s peatland areas. Restoration work includes improving areas of wetlands by reducing drainage and slowing water flow on peatland, as well as covering areas of peat exposed to the elements, helping to lock in carbon and reduce potentially harmful C02 emissions.