Visitors and locals alike have long been fascinated by the Parallel Roads of Glen Roy, Glen Gloy and Glen Spean. Were these striking horizontal lines on the hillsides formed by giants, as described in myths? Are they natural or were they formed by human activity?

In the 19th century, the Parallel Roads attracted the attention of many of geology’s founding fathers, including James Geikie, Charles Darwin and Charles Lyell. The features have an important place in the history of geological science.

It is now known that the landforms of this area provide the clearest evidence in Britain for the formation and catastrophic drainage of a series of ice-dammed lakes. This took place at the end of the last glacial period.

This booklet will help you trace the story of the formation of the Parallel Roads. It’s a remarkable story of glaciers, vast lakes and catastrophic floods. You’ll also learn about the famous scientists who have visited this area and the important impact the Parallel Roads had on their work.

Written by experts and beautifully illustrated, this booklet contains clear explanations, simple diagrams and useful information on where to visit.

Delve into the geological past of one of Britain’s most mountainous regions and discover how volcanoes and glaciers have fashioned this landscape over millennia. 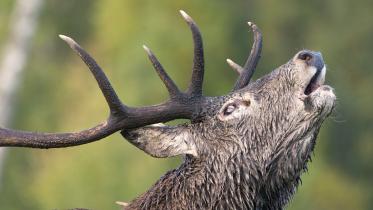