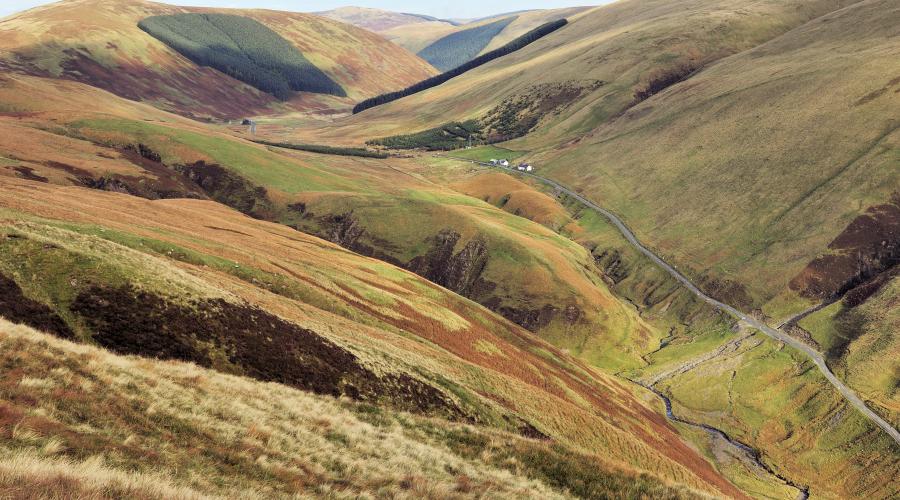 A wide ocean once divided Scotland and England. As the ocean closed, the Southern Uplands were formed.

The Southern Uplands lie in parallel to the border of Scotland and England. The broad, rolling hills are bound to the north by the Southern Uplands Fault, while their southern edge coincides with one of Britain’s major geological divides – the Iapetus Suture.

This is the trace of the ancient Iapetus Ocean, which once divided two continents.

Laurentia, to the north, contained:

Eastern Avalonia, to the south, included:

The lapetus Ocean was more than 1,000km wide about 500 million years ago. It closed over the next 75 million years, as the Earth’s tectonic plates drifted.

Most of the oceanic crust sank down into the Earth’s mantle as the two landmasses drifted together, closing the ocean. One part of the crust was instead heaved upwards onto the continental margin. You can see it today at Ballantrae.

As the collisions continued, layers of sediment that had been deposited in the ocean were scraped off the sinking ocean floor and piled up against Laurentia’s continental margin. This pile of sandy and muddy sediment was later compressed into greywacke (coarse, muddy sandstone) and shales. These rocks form the foundations of the Southern Uplands.

The Iapetus Ocean finally closed about 425 million years ago, bringing together Laurentia and Eastern Avalonia. The trace of the junction lies roughly along the line of the Solway and the Scotland–England border.

Scotland: The Creation of its Natural Landscape. A Landscape Fashioned by Geology

East Lothian and the Borders: A Landscape Fashioned by Geology

Moth numbers in Scotland have continued to decline over the long-term while their distribution has increased.

An appeal to help fund the replacement of a popular bird hide destroyed by fire has raised almost £30,000. 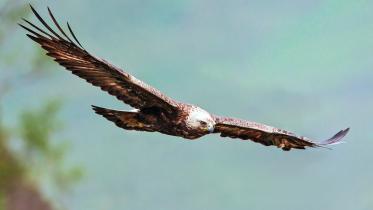 A poisoned golden eagle has been found on Invercauld Estate, Aberdeenshire.