Fishing bothies at St Cyrus reserve acquired for community use

Two fishing bothies on St Cyrus nature reserve, which will hopefully be restored for community use, have been acquired by Scottish Natural Heritage (SNH) from the Esk District Salmon Fishery Board.

The former salmon fishing bothies, located at the northern end of the reserve, could be used as an outdoor classroom, exhibition area, museum, bothy, or shelter – all ideas from a community consultation on the reserve.

Therese Alampo, St Cyrus reserve manager, commented, “We’re very excited to  now own the bothies and are open to ideas on how to use the bothies, as long as they complement the nature reserve. I’d like to thank the Esk District Salmon Fishery Board for allowing us to take over the bothies – for the sum of one pound! I’m sure we’ll find a great way to use them to benefit the community.”

Hughie Campbell Adamson, Chairman of the Esk District Salmon Fishery Board, said, “The Esk DSFB was very happy to give these bothies to Scottish Natural Heritage.  Coastal salmon netting played an important role in the local economy and as part of its culture, and its history and heritage should not be forgotten.”

As well, another 1.7 hectares of dune habitat around the bothies will formally become part of the reserve.

For now, for safety reasons, the bothies have been fenced off for condition assessment and asbestos surveys. The two small outbuildings near the main bothies, believed to be an old well and generator shed, will be demolished as unfortunately they can’t be re-purposed. Their footprints, however, will remain to help document the human history at St Cyrus NNR.

SNH acquired the bothies from the Esk District Salmon Fishery Board for £1. Restoration of the bothies will depend on finding external funding.

The fishing bothies behind the dunes were used by fisherman to store their nets and equipment. The areas of short grass adjacent to the bothies are known as drying greens. Here the fishing nets were hung over stakes, like a giant washing line, to allow them to dry, and for the fishermen to perform any repairs.

Fishing for sea trout and salmon has been practiced at St Cyrus for hundreds of years, but it in the early 18th century the industry expanded due to the discovery of a better way to preserve the fish, by packing it in ice. Salmon fishing ceased at St Cyrus in 2009. 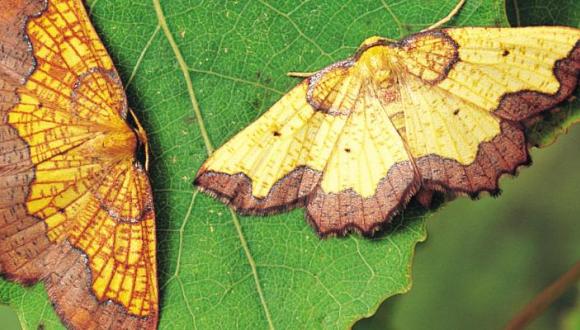 Visit St Cyrus NNR for an amazing array of plants and wildlife in a glorious coastal setting. St Cyrus National Nature Reserve is one of Britain’s most diverse reserves, with more than 300 types of plant and over 400 butterfly and moth species.