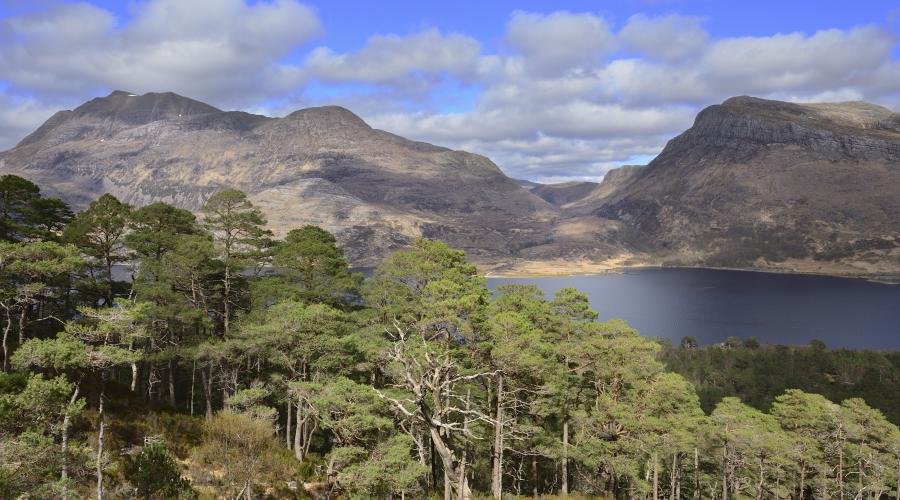 An additional 20,000 trees will be planted in and around Beinn Eighe next year as part of work to expand native woodlands on some of Scotland’s finest National Nature Reserves (NNRs).

Scottish Natural Heritage (SNH) made the commitment at the start of Climate Week to build on a long-running tree planting programme at the Wester Ross reserve.

Woodland expansion is part of the solution to the climate emergency, helping to increase biodiversity, conserve Scottish species and help our society and economy adapt to climate change, for example by reducing potential for flooding and reducing the effects of heatwaves.

Beinn Eighe with its stunning ancient Caledonian pine forest was designated as the UK’s first NNR in 1951.

Since its establishment, some 800,000 trees have been planted at the reserve. Most have been Scots pine as well as additional broadleaf species such as birch, aspen, holly, rowan and oak.

The tree planting is designed to supplement wider management work to encourage natural regeneration at Beinn Eighe NNR and also at Creag Meagaidh NNR in the Highlands, which allows the woodlands to expand by natural ecological processes in the presence of wild deer.

Meanwhile Rum NNR marked one million trees planted back in 1997, with the full benefit of these trees now beginning to be realised, including the building up of natural seed sources around the reserve.

The precious native woodlands in SNH’s nature reserves capture more than 30,000 tonnes of ‘greenhouse gases’ annually in total.  This is the equivalent of removing around 10,000 vehicles from the roads every year.

The economic value of this carbon sequestration was estimated to be around £2.2 million in 2017.

Stuart MacQuarrie, SNH Head of Nature Reserves, said: “Beinn Eighe is renowned for its beautiful ancient pinewoods and we have long managed the reserve to expand and enhance this special woodland.

“Nature-based solutions such as woodland expansion are a crucial part of the solution to the global climate emergency, and this is another important step towards ensuring a nature-rich future for Scotland.”

On other SNH nature reserves tree cover is carefully managed to ensure it is not lost, unless there are good ecological reasons, for example if trees are encroaching on peatland restoration. SNH is also looking to expand native woodland at Invereshie & Inshriach NNR through natural regeneration.