Nestled between rolling hills, the Scottish Borders follows the winding path of the River Tweed, through open moorland and ancient woodland, towards a stunning coastline in the east. Follow one of our suggested itineraries for a great day out in the area.

The Borders truly was Scott’s Country. Visit Abbotsford House, the former home of Sir Walter Scott, which he designed himself, to learn about his life and legacy. Climb to Scott’s View, famed as one of Scott’s favourite vistas – a truly iconic spot in the Borders that’s not to be missed. And, while here, it’s well worth visiting the nearby 31-foot-high statue of William Wallace.

For wildlife lovers, a trip to the Tweed Valley Wild Watch should be on the cards. In the summer months, see live CCTV pictures of nesting ospreys – or recorded highlights out of season. And head to the coast and St Abb’s Head to see thousands of nesting seabirds from the dramatic cliffs.

Or, for a great family day out, spend some time at Traquair House. Dating back to 1107, it prides itself in being the oldest continuously inhabited house in Scotland. Explore the house’s history and its extensive grounds, and keep an eye out for a variety of elusive creatures, including otters, red squirrels and deer. 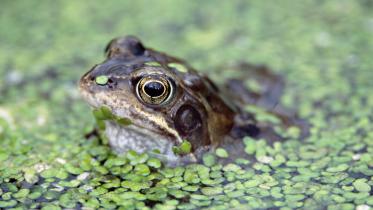 Biodiversity Challenge Fund opens its latest round to improve habitats, safeguard species and tackle the causes of biodiversity loss.

A new way to benefit nature on farms and crofts

This month we hear from Matthew Cook on a day working as a Peatland Action Project Officer.

Read about Gaelic place-names on our landscape where you might see snow.