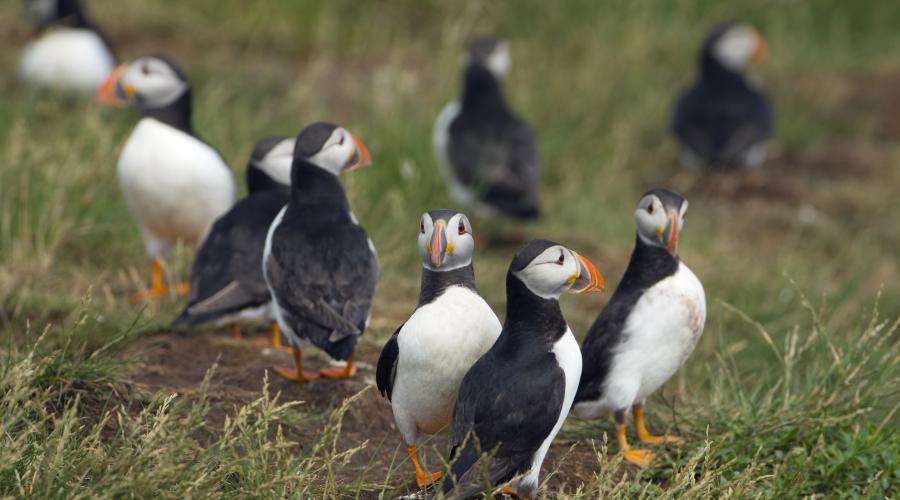 Three nature projects will share almost half a million pounds to create better homes for wildlife in Edinburgh. The projects are among the recipients of Scottish Natural Heritage’s (SNH’s) Biodiversity Challenge Fund.

Buglife’s Central Scotland B-Lines project will create a coast-to-coast network of special places for nature; the Edinburgh Shoreline project focuses on wildlife close to the coast; and the Little France Park Project will breathe new life into an unmanaged urban greenspace. Each project has been awarded around £150k.

Edinburgh Shoreline’s project will improve breeding areas for puffins by removing invasive non-native species, such as tree mallow, and create eight new coastal wildflower meadows to link up with existing sites and help pollinators to travel around.

Little France Park will be brought to life by the Edinburgh and Lothians Greenspace Trust’s project. It will transform the site and create a corridor for nature from the centre of Edinburgh to Midlothian.  As well as improving the 46 hectare park’s existing habitats, such as hedges, scrub and grassland, a network of new habitats will be created, targeted at butterflies, including the northern brown argus, common blue and small copper.

Suzanne Burgess, Buglife’s Scotland Manager, said: “We’re delighted that our ground-breaking, landscape-scale project has received this funding from SNH. We’re now really looking forward to working with our partners, fantastic volunteers and local communities in Edinburgh and the other project areas to try and halt the decline in Scotland’s vital pollinating insects.”

These projects are three of 14 successful applicants across Scotland to share the £1.8 million Biodiversity Challenge Fund over a two-year period The funding will support large-scale projects that aim to deliver rapid change on the ground to help our most at-risk habitats and species, including mammals and birds, connect existing nature reserves and tackle non-native invasive species.

Minister for Rural Affairs and the Natural Environment, Mairi Gougeon, announced the awards on a visit to one of the successful projects in Edinburgh in June. She said: “I am delighted that, through the Biodiversity Challenge Fund, the Scottish Government and SNH can support these fantastic projects across the country to safeguard some of our most vulnerable species and habitats, and protect them from invasive species. Their success will play a crucial role in our efforts to improve nature and help Scotland meet its international biodiversity commitments.”