The Proportion of Scotland's Protected Sites in Favourable Condition 2021

The diversity of Scotland’s biological and geological natural features is a particularly rich and valued natural resource. A series of nature conservation designations aim to protect the best examples nationally and internationally of the nation’s wildlife populations, habitats and earth science features:

In total these designations cover 1,878 sites protecting nature across Scotland, although some of their boundaries overlap. They host 5,460 designated natural features*.

*Figures at 31st March 2021. Figures exclude offshore marine sites and features in Scotland beyond 12nm. All candidate SACs are also excluded from these figures.

The proportion of natural features in favourable condition on protected sites at 31st March 2021 was 78.3%*. This figure comprises:

*The 78.3% figure is rounded to one decimal place and this is the reason that it is 0.1 percentage points more than the sum of the 3 componants.

*A difference of less than +/-1 percentage point from last year's figure suggests that the position is more likely to be maintaining than showing any change.

The condition of the features on protected sites in Scotland is assessed by NatureScot’s* Site Condition Monitoring (SCM) programme. SCM is a rolling programme of monitoring which aims to assess the condition of a sample of designated natural features each year and acts as a trigger mechanism for follow-up work when an unfavourable assessment is concluded.

*NatureScot became the operating name of Scottish Natural Heritage with effect from August 2020.

Figure 1 indicates how the proportion of features in favourable condition has changed since the baseline was established in 2005.  Where features have been found to be in unfavourable condition, remedial management measures are put in to place with the aim of improving them and progress is tracked according to methodologies established in 2007.  The figures presented below are the latest assessment for all those features which have been assessed by 31st March of the relevant year.

The Proportion of Features in Favourable Condition at 31st March 2021*

Figure 1 above: * Assessments were not undertaken in 2006. For definitions of condition categories see ‘Source data and updates’ section.

SCM is a rolling programme of monitoring and the proportion of natural features in favourable condition is dynamic. This movement reflects new condition assessments being completed, and unfavourable natural features benefitting from remedial management so that they are considered to be ‘unfavourable recovering due to management change’ (URDTM).  The figures presented here are, therefore, a snapshot of the position at 31st March in the given year.

By 31st March 2021, of the 5,460 designated natural features on protected sites, the condition of 5,301 had been assessed and thus form the Official Statistic.  As new SCM assessments are completed (either first or repeat assessments), they are used to update the proportion of features in favourable condition.

101 SCM feature assessments were completed in 2020/21. Site visits to assess features were limited in the year due to Covid-19 lockdown restrictions with the result that most of these were the completion of assessment reports from previous years.

As a result of these 101 completed assessments in 2020/21, the condition of 14 natural features improved to favourable or recovering condition (however only 8 of those had an impact on the indicator, see below). These are made up of:

A further 9 natural features were assessed for the first time and were found to be in favourable condition. Natural feature types impacted: birds (7), upland (1) and marine mammals (1).

During the same period, the condition of 32 natural features deteriorated to unfavourable condition, made up of:

A further 2 natural features were assessed for the first time and were found to be in unfavourable condition. Natural feature types impacted: non-vascular plants (1) and upland (1).

The net effect is a 0.5 percentage point decrease in the proportion of natural features in favourable condition during the last year from 78.8% to 78.3%.

Amongst the unfavourable natural features there is a group where there are no pressures on the protected area itself, or nearby, and yet the feature remains unfavourable.  There are, therefore, factors outwith local management control which are influencing condition.  The majority of the 428 natural features which fall into this category are birds (399).

Sea bird populations (253) make up the largest proportion of these unfavourable bird natural features with no on-site remedy. The reasons for sea bird declining populations are thought to be due to changes in prey distribution and abundance rather than issues within the protected area itself.  These changes in the distribution and abundance of prey are likely to be brought about by a combination of factors, including climate change and interactions with fisheries. The main other bird groups with no on-site remedy recorded are ducks, geese and swans (78); seaduck, divers and grebes (18); and waders (17).

There is no immediate action that can be taken to relieve these wider pressures and conditions on the protected area are appropriate to support the natural feature concerned. Consequently, to align with United Kingdom Biodiversity Action Plan reporting, these natural features are considered favourable (albeit in many instances it is the habitat supporting a species population which is favourable rather than the species population itself) for the separate purpose of Biodiversity reporting.  Working on this basis, the overall proportion of natural features in favourable condition rises from 78.3% to 86.3%.

Invasive species is the single biggest negative pressure on natural feature condition. The proportion is 20.9% of all negative pressures in 2020/21 and has remained almost constant at this level (within 1 percentage point) for a number of years. The species can be both native (e.g. bracken) and non-native (e.g. Rhododendron) species.  Different natural feature types appear to be affected by different types of invasive species.  For example, woodland and freshwater habitats are mainly adversely affected by non-native species such as Rhododendron or Japanese knotweed.  Conversely, lowland grassland and coastal habitats are affected by the spread of invasive native species such as gorse, bracken and nettles.

Whether native or non-native, invasive species can have a detrimental effect on important habitats and the flora and fauna they support by competing for nutrients and light and ultimately changing the ecology of the habitat.

Figure 2 shows that the second largest negative pressure on natural features is overgrazing, at 17.8% of negative pressures in 2020/21. Overgrazing has also remained almost constant at this level (within 1 percentage point) for a number of years. This can be by wild herbivores such as deer, feral goats or rabbits; or farm stock; or a combination of both wild and domestic grazers.  Insufficient grazing to maintain the balance of species in the habitat has also been frequently identified.  Delivering remedial management on protected areas where over- or under-grazing is an issue can often be complex, particularly where the issue involves the management of wild deer herds, which regularly move across ownerships depending on the season, weather conditions and forage availability.

Figure 2 - Summary of the main negative pressures on natural features on protected sites.*

Figure 2 above: Data correct as of 31st March 2021.  Pressures are recorded for all natural features assessed in all conditions. Figure 2 only lists pressures where the proportion is greater than 1%.

To measure progress towards the Scottish Government target of maintaining the proportion of natural features in favourable condition, the following are taken into account:

Where remedial management can be put in place on, or near the site, NatureScot staff and partner organisations engage with land managers and statutory bodies to identify and implement the appropriate measures to promote recovery.  Such measures to date have included Forestry Grant Schemes, individual management agreements negotiated by NatureScot, and Scottish Rural Development Programme (SRDP) funding.  Voluntary Control Agreements under the Deer (Scotland) Act 1996 have also been widely used to facilitate recovery of unfavourable features in upland areas.

The 2005 SCM results set the baseline against which progress being made under the Protected Areas National Performance Indicator is measured.

The framework for making an SCM assessment is the Common Standards Monitoring Guidance, published by Joint Nature Conservation Committee (JNCC).  This Guidance provides a common approach to the monitoring of natural features across the whole of the United Kingdom.

The SCM condition assessments are stored on a corporate database held by NatureScot and are combined with data on remedial management through the Remedies database to produce the overall Condition Target results.  Access condition data for individual sites and features from the Sitelink website.

Annex 1: The Proportion of Natural Features in Favourable Condition by Broad Type at 31st March 2021 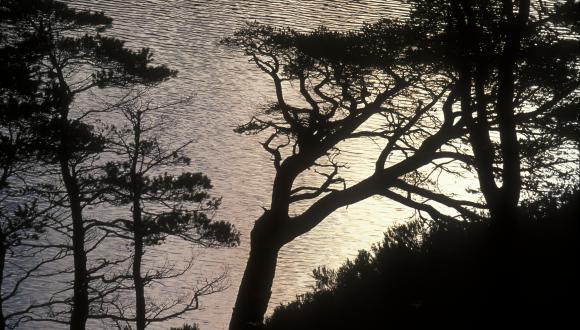 Read how the Delivering Favourable Condition programme can help to improve designated sites adversely affected by grazing and trampling. We monitor more than 5,000 individual natural features of special interest hosted on designated sites through our Site Condition Monitoring programme.