1. The Chair opened the meeting by welcoming everyone to the one hundred and ninety-fifth meeting of the Board of NatureScot. Particular welcome was given to Megan Rowland from the Young Employee Panel.

2.   Apologies were noted from Cath Denholm, Deputy Chair, who was representing NatureScot at a board meeting of the JNCC.

3.   The Chair informed that Kate Broughton, Cath Denholm and Jackie Hyland will not be requesting extensions to their term of office which ends on 31 March 2022. He advised that work has commenced to recruit new Board members.

4.   Chair also commented on item 7 of the agenda when the Minister for Green Skills, Circular Economy and Biodiversity would join the meeting; the Scottish Government’s mid-year budget announcement; and his attendance during COP26 for the First Minister’s announcement of the Nature Recovery Fund, in Easterhouse, Glasgow.

5.   There were no formal declarations of interest, however Wayne Powell queried whether his spouse’s change of role needed to be declared. Wayne agreed to follow this up with the Chief of Staff after the meeting.

6.   Board members were content to approve the minutes of the Board of NatureScot Meeting on the 06 October 2021. They were proposed by Kate Broughton, and seconded by David Johnstone.

7.  The actions points were noted:

Action Point (AP02/188) (Update to Board Members on Development of Green Finance) Board members acknowledged that this action remains ongoing.

8.   There were no matters arising.

AGENDA ITEM 5: WHAT WILL SCOTLAND’S CLIMATE BE LIKE IN THE NEXT DECADE? WHAT ARE THE CHOICE WE NEED TO MAKE NOW TO PREPARE FOR THAT?

9.   Nick Halfhide introduced Professor Dave Reay of the Edinburgh Climate Change Institute to lead a discussion on COP26, the implications for NatureScot, and a look forward to the levels of mitigation and choices to be taken for the Scotland’s climate over the coming decades.

10.   Professor Reay reflected on COP26, commenting that Scotland was already making good progress towards implementing the actions agreed. However due to some attendant countries not supplying scientific data to show progress, the world has some way to go.

11. During his presentation, Professor Reay gave the following information:

12. On the impacts of COP26 for NatureScot, Professor Reay gave the following key points:

13. On what Scotland’s climate will look like in 10 years, and NatureScot’s role in this, Professor Reay provided the following comments:

14. Board members discussed how this information would inform the next Corporate Plan, and the implications for NatureScot in the coming years. The following key points and queries were raised:

16. This agenda item on strategic development, presented progress and first draft of NatureScot’s next strategic plan. It also provided an update on the refresh of the Organisational Development framework.

17. The Board were asked to consider the following recommendations:

18. The Chief Executive presented the paper to the Board, and based on her recent meetings with the Minister for Green Skills, Circular Economy and Biodiversity, the Director of Environment and Forestry (SG) and the Deputy Director Natural Resources (SG) gave the following feedback on the draft Corporate Plan:

19. The following key points were made during discussion:

20. The Board provided feedback on both the layout and language used in the draft Corporate Plan including clarifying the resourcing table; make clear what we will do and what will be done by others, which will be used to work towards the final version. They agreed that the Corporate Plan set out well a strategic direction but would look to a detailed annual plan on what NatureScot will deliver, both directly and indirectly, over the 4 years of the Corporate Plan.

22. The Board confirmed that they had met the recommendations stated in the paper.

23. The Chair welcomed Ms Slater to the meeting, following which members introduced themselves and their background relevant to their Board member positions.

24. Ms Slater addressed the Board, making the following key points:

25. The Minister explained to members how the Cooperation Agreement between the Green Party and the Scottish National Party works, ensuring that a green view is integrated into all areas in the agreement. She also agreed that the gap between education and vocation must be reduced in order to attract people into jobs which will contribute to improving climate change and biodiversity loss.

26. In her closing comments, Ms Slater encouraged Board members to be bold in their ambitions for biodiversity and nature when developing the next Corporate Plan.

27. The Chair thanked Ms Slater on behalf of members for attending the meeting.

28. Stuart MacQuarrie introduced this agenda item, which presented progress towards the delivery of NatureScot’s corporate priorities as laid out in the business plan.

30. Directors were invited to update members on any exceptional areas of performance in each of their Outcomes during the last quarter.

34. Members asked for clarity on the meaning and function of the Transformation Steering Group. Jane clarified that their role is to look across change programmes and ensure that they are sequenced and resourced correctly, and that the organisation has the capacity to accept and implement the changes, adjusting the transformation portfolio as required. She offered to share more information outside of the meeting.

35. Members requested an update on the minority ethnic young people placements. Jane Macdonald agreed to provide more information on progress outside of the meeting.

Post meeting note – the information was provided as agreed.

36. The Board noted the risk register entry recording the expected additional pressure on capacity in the next financial year due to increased funding for the Agri-Environment Climate Scheme (AECS), however elsewhere in the paper it was suggested that AECS was an area where efficiencies could be made. Stuart MacQuarrie explained that NatureScot’s role regarding AECS was changing, with the organisation being asked to do more, including the possibility of being a delivery partner. The opportunity was being taken to look at the structure of the organisation, and that the input of Board would be most welcome, however it was still to be confirmed what any future scheme(s) would look like.

37. Members commented on the age profile figures, and highlighted that an older workforce should not be seen as an area needing attention. They were assured that a rounded approach is being taken with regard to retirement data, to ensure that colleagues’ expertise and skills were being taken into account when considering future resourcing. This included opportunities to maximise potential career options for all colleagues regardless of age, to encourage staff to build on existing skills and develop new ones to help address future challenges.

40. In the interests of time, Jane Macdonald informed that there were no specific elements of the risk report to highlight to members, but offered the opportunity to discuss offline if that was helpful.

41. The Board queried whether they were to make a strategic decision based on information within the report.  The chair asked the Board to reflect on what they wanted from the performance reporting and that would be reflected in future performance reports.

42. Board members noted the contents of the Chief Executive’s report, in particular the following key themes:

43. The Chair of the ARC updated the Board on their work during the last quarter, and provided the following information:

44. Members noted the draft agenda for the Board meeting taking place on 03 February 2022.

Date of Next Meeting

46. The next Board of NatureScot meeting is planned to take place on 03 February 2022, in Edinburgh and would be combined with a meeting of the Scientific Advisory Committee.

47. The Chair thanked all those in attendance, particularly Megan Rowland from the Young Employee Panel. The meeting was closed. 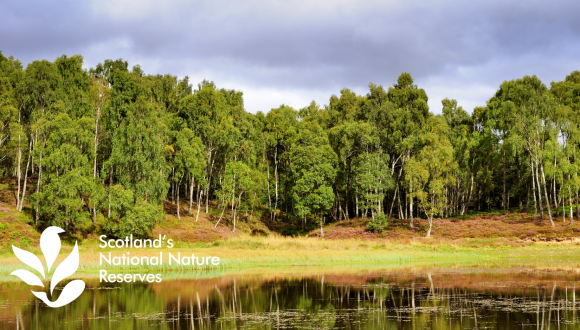 NatureScot Board meetings are open to the public to attend as observers. Board, Directors and Committees

Get to know how NatureScot is governed and meet some of the faces at the forefront of our organisation.