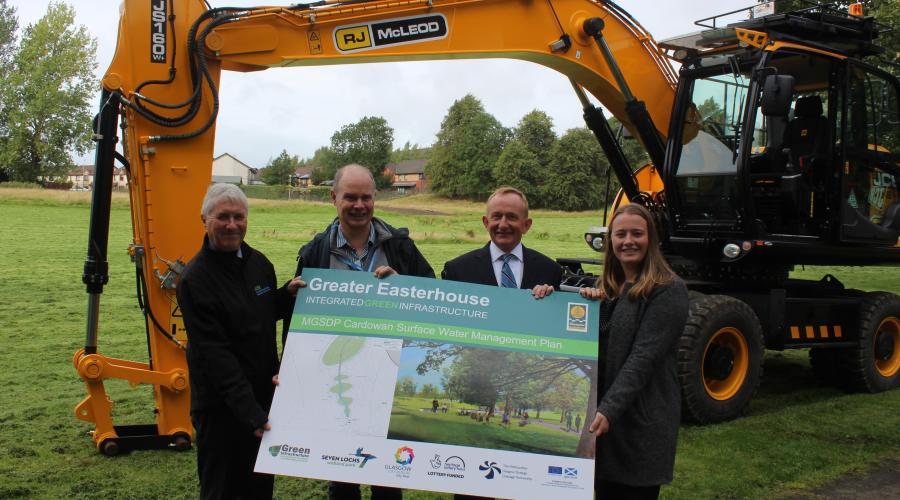 An amazing project that is transforming a site blighted by industry and neglect into the heart of a neighbourhood which locals can be rightly proud of.

Our Green Infrastructure Fund is making a difference in many locations. One of the most significant projects we are supporting is in Glasgow’s Easterhouse. Here an ambitious approach is transforming areas of vacant and derelict land into attractive urban greenspaces, which will connect more people with nature and encourage them to embrace the outdoors.

In the 1950s Glasgow Corporation (a forerunner to today’s Glasgow City Council) earmarked the area around Easterhouse as brand new housing development to alleviate chronic housing issues in the city centre itself.

The vision was for low-rise housing on the urban fringe to create a new and attractive location for families. Initially this consisted of what might be termed modern tenements but this very lack of diversity quickly gave the area a bland appearance. Social problems escalated and the area acquired an unenviable reputation.

However, Glasgow City Council, and more recently Glasgow’s Housing Associations, have been steadily renovating, demolishing and refurbishing the housing stock, and now a range of styles exist including detached and semi-detached houses.

Although the area inherited and created a number of green spaces they were latterly looking rather tired and the creation of modern road networks had fragmented these green oasis. Anecdotal evidence suggested that the local residents were increasingly reluctant to use the existing network of parks and green spaces.

The Greater Easterhouse Integrated Green Infrastructure project is therefore on a mission to give back to the people of the east end of Glasgow the green environment they deserve.  The project, which is the second largest we have approved, seeks to reinvigorate and reconnect these green spaces and in so doing create green corridors running south to north which will bring the likes of the Seven Lochs Wetland Park area into feasible reach for many residents.

The green corridor will link Cranhill Park with the Hogganfield Park area.  Further east Blairtummock Park will be part of a green travel route between the local railway station and the busy shopping centre with ‘green fingers’ reaching out the Seven Lochs Wetland Park.

Parks which had fallen into near dereliction and were chronically underused will now be transformed into welcoming green networks and active travel routes which will be great for wildlife, fantastic for people and truly connect people with nature in this area. These parks will be supplemented by transforming derelict patches where houses once stood.

It’s a huge undertaking to transform such a vast area. In total it covers 29 hectares of land – stop and ponder that figure because it’s a total which equates to over 30 Hampden Parks!

The designs that are now being transferred from paper into on the ground originated in many instances with the local population who were fully engaged with the planning events that took place between 2016 and 2017.

Support from groups such as The Conservation Volunteers (TCV), local community groups and schools has also been crucial in harnessing local support.

Some of the changes will be aesthetically huge.

The development around the Easterhouse Railway Station and site of Blairtummock House is a smaller element of the overall plan.  Here a ‘green’ route is being created to link the busy station to the local shopping centre. The neighbourhood around this route is being developed along sustainable lines and public and private investment is driving forward a striking regeneration.  Gone will be the red blaze football pitches which once dominated to be replaced by wildflower meadows and trees which will be skilfully integrated with new housing and commercial developments.

Just north of the shopping centre the green ‘fingers’ that reach out into the Seven Lochs Urban Park create the connectivity that the project craves.

Head east along the Edinburgh Road dual-carriageway and you will come to Cranhill Park.  This marks the southerly edge of an ambitious green corridor that is planned running along a north-south line.

Cranhill Park was once a green gem in this area. It boasted a popular pitch and putt golf course, tennis courts and play areas, but fair to say that of late it has become less appealing and locals cite the inability to see through the park – and thus establish that it is safe to enter – as a drawback. The upgrading of the paths and installation of wildflower meadows, biodiversity friendly grasslands and new trees are among the improvements which will make it more appealing to the local population.

At its northern end Cranhill Park gives way to highly visible towering high-rise flats (perhaps appropriate in an area where street names adopted lighthouse names) and a footbridge over to Ruchazie Park.  Bulldozers are already preparing the ground for more wildflower meadows and it is but a short stroll from here to the Hogganfield Park and its famous loch.

Mention of water raises the issue of adapting to climate change which is a key challenge for many of Scotland’s cities, but greenspace can help mitigate its effects. This project acknowledges this and is a key part of the wider strategic drainage plan for Glasgow which will reduce flooding risk.

All projects have challenges, but it’s fair to say that one challenge in this area is really unexpected.  Think water voles, and you would be forgiven for thinking about river banks. But not so in Greater Easterhouse. Here the water voles are fossorial (that is they live away from watercourses burrowing through grassland) and they are doing very nicely thank you.  Now, the contractors and project owners want to move them to safer ground, but in an impressive bout of rodent escapology the water voles are doing their very best to avoid capture and relocation.

Things are looking up for Greater Easterhouse and a transformation is on the horizon.  Just don’t tell the water voles! 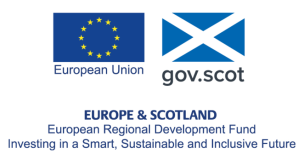 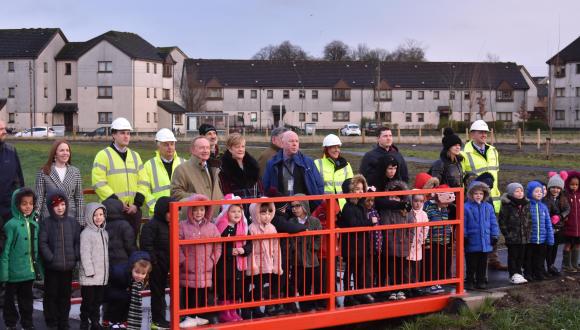