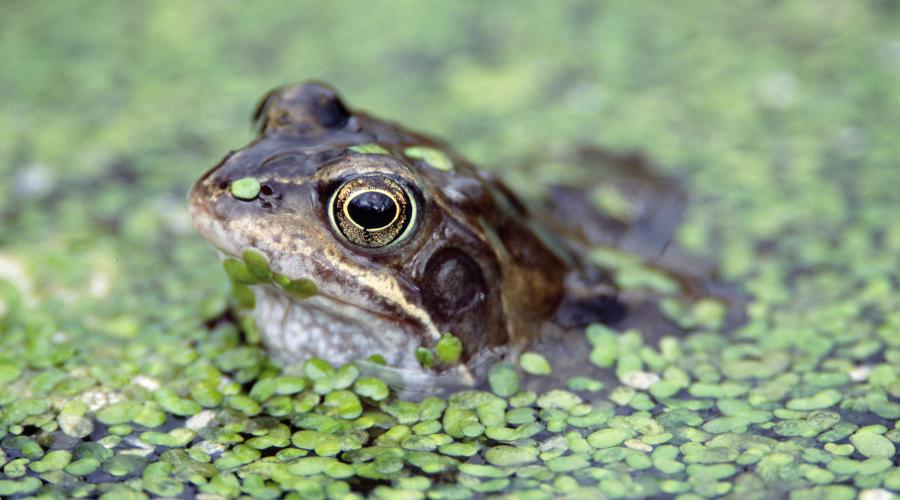 Froglife is a national nature conservation organisation with a mission to help reptile and amphibian species and their habitats.

Froglife is a national nature conservation organisation with a mission to help reptile and amphibian species and their habitats.  In Renfrewshire they are working under the Community Engagement banner on three sites — Barshaw Park, Gleniffer Braes and Jenny’s Well —  to create and restore habitats which will benefit these species (and much more besides) whilst engaging local people in a range of activities.

The sites will deliver for species that have been subject to alarming declines. What’s more, being near to areas of high deprivation they will provide these communities with pleasant surroundings. Paisley, like many Scottish towns, suffers from post-industrial challenges so creating a green network and spaces where people can reflect, relax and connect more easily with nature are particularly welcome.

Projects of this nature are something that Froglife are well-versed in.  They can point to having delivered aptly named ‘Living Water’ projects across the United Kingdom, and in Scotland they are rightly proud of work they have carried out in Glasgow and Lanarkshire.

Often their work is delivered as a result of forging a strong relationship with local authorities who are only too happy to have respected experts on board in their quest to deliver local biodiversity benefits which not only enhance habitats but bring positive opportunities for local residents.

Good news spreads fast, and when Renfrewshire Council’s ecologist was looking for help in identifying sites in need of intervention they knew that turning to Froglife would be a sound decision.

Froglife got to work quickly and identified three sites which were likely to deliver real benefits.  They explored options that would improve or create much needed habitats, be accessible to people, offer a ‘stepping stone’ approach to other habitats, and be able to harness the goodwill of local communities.

That latter point is very important as Froglife seek to encourage and tap into volunteer days when they undertake work of this nature. Giving the local community the opportunity to help with habitat restoration work on their doorstep lies at the heart of their ethos. So working up a programme that offered surveying, identification and recording opportunities was a solid foundation on which to build.

By hosting community events Froglife were able to showcase the range of opportunities for involvement available for all age groups.  They demonstrate the multiple benefits with considerable skill. In advocating the creation and restoration creating of habitats primarily for the conservation of amphibians, they highlight the plight of some of our hard pressed amphibians and reptiles. Having successfully demonstrated this core outcome they can then elaborate on how other species in need of a helping hand including hedgehogs,  birds, invertebrates and plants will also benefit.

It’s this ability to add value to their projects that makes Froglife so persuasive.

So what of the Renfrewshire sites?

Barshaw Park dates back to 1912 and is popular in Paisley for its miniature railway and animal corner. Lying just off the Glasgow Road on the eastern edge of the town, the aim here was to create a sizable pond and one which was distinct to the popular boating pond.

Arguably Barshaw is in stark contrast to the site at Gleniffer Braes near the Foxbar district of Paisley.  Here the scene is less managed. Woodlands, big views and wide open spaces dominate. The key aim at Gleniffer was to restore the popular Jack’s Pond and create a new pond at Roaden Burn.

And Jenny’s Well Local Nature Reserve is the final part of a trio of sites. This local nature reserve came into being in October 1996 and covers 8 hectares along the southern bank of the White Cart Water in Paisley. It is a well-loved and extremely well used part of the Blackhall community. The target here was remedial action to deepen three scrapes to ensure they can continue to hold sufficient water to make them suitable locations for breeding amphibians.

Volunteers and local community groups are core in delivering popular habitat work. Indeed it was through talking to people who use these local sites and Paisley’s Community Placemaker Officer that Froglife were able to identify which habitat improvements locals wanted to see heading the list.

Making sure that people are part and parcel of any plans makes good sense for these sites can offer just as much for people as they can for wildlife.

Froglife can’t quite match the age of the Thomas Telford bridge (1881) which marks a boundary of the Jenny’s Well site, but they are in for the long haul. They are committed to revisiting their sites repeatedly upon completion at regular intervals, particularly in the first five years. That’s a potentially attractive pattern for Paisley in anyone’s book surely. 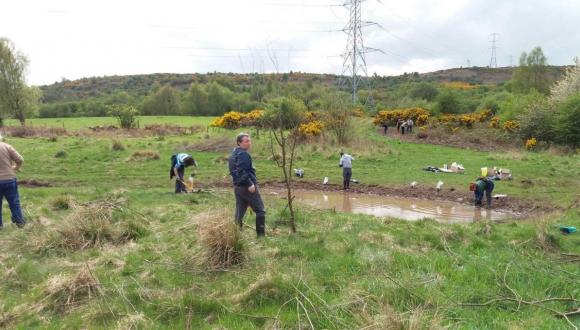 Creating and restoring habitats primarily for the conservation of amphibians, but also benefiting a wide range of other aquatic species 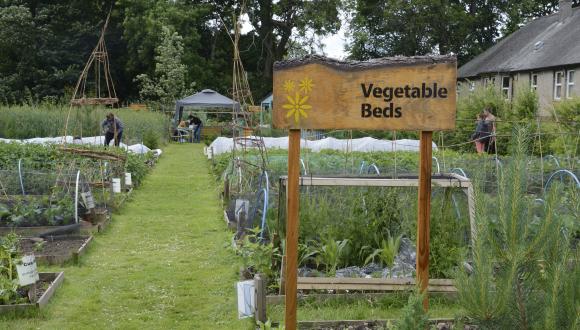