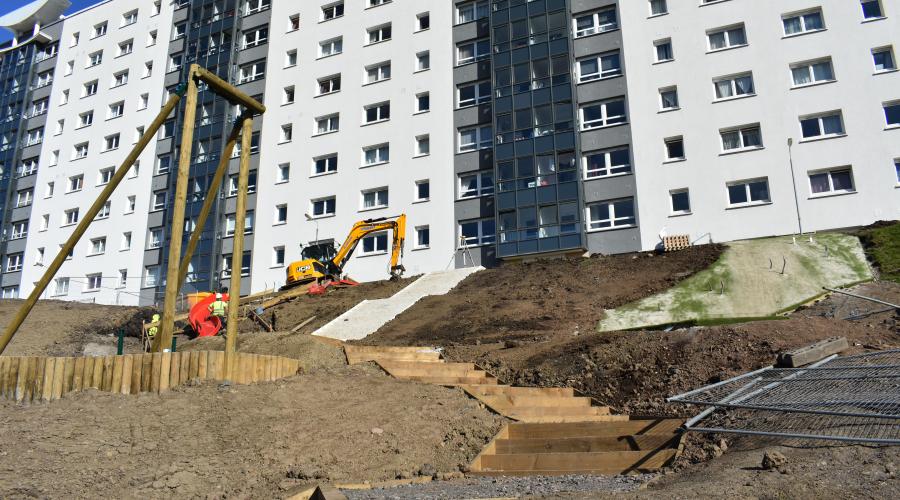 The clue is in the name.  Halfway Community Park is for the people of Moss Heights. Southside Housing Association may have overseen the transformation of this site, but their fervent aim is that the local community will increasingly lead developments here.

This ambitious project sought to make the area around Moss Heights a great deal more people friendly. Built in the early 1950s a swathe of high rise flats were Glasgow Corporation’s first venture into ‘houses in the sky’.  60 years or so on they were inevitably a little tired and a major renovation project got underway.

And it wasn’t just the properties that fell under the spotlight, the area around Moss Heights was to be revamped too.

To do this a number of bold and significant changes were planned. Traffic was diverted away from the major pedestrian access route, surrounding slopes were made more accessible and a range of age-targeted facilities from play to exercise areas were installed. Water management was addressed too and plans drawn up for community growing areas.

Plans were progressing well when, along with projects across the world, we entered lockdown and then significant restrictions followed as the coronavirus pandemic took hold. However, nothing lasts forever, and as we emerged from some of the tighter restrictions things quickly gathered pace again and are now shaping up nicely.

The hard landscaping works – laying of new walkways, installation of steps, building of retaining walls, and diversion of water courses – has all been completed. And doesn’t it look good?

That’s the skeleton of the site, the bones around which many other things can form.  From this can follow the more visibly engaging elements of what is by any standards a wide-ranging project.  Some of the ‘softer’ elements of the project are now established too. Much of the reseeding and planting that was planned was just about complete when Covid-19 intervened.  Sure, there are still areas to be planted, but the delay in getting back on site has actually allowed for an assessment of work carried out and presents an opportunity to address the inevitable issues here and there.

Planting isn’t a precise science. Not everything thrives, no matter how green the fingers of the planners. Things that didn’t take, or struggled in a particular aspect, can now be replaced or moved. It’s a chance to take stock and make sensible adjustments.

Pauline Fletcher and the Community Initiatives team initially created this concept and design. For the last year John Giddings-Reid has been overseeing things, working closely with the local ‘Friends of Halfway Community Park’ group, and is excited about where Halfway Community Park goes next. “I really want to see the local community step in now and take ownership of the project”, he told me recently. “We were able to tap into NatureScot’s Green Infrastructure Fund to make the heavy work on the ground happen, but now we move into a phase where I would like to see us concentrate on the so-called ‘softer’ elements.  Funding has always included community growing elements, orchards, and significant meadow and other planting, and the community have confirmed that they could benefit from an orchard, and a growing area where vegetables could be cultivated. There are enough experts around here to help us ensure we plant native varieties, which will have the best chance of becoming established.

“I’d be the first to agree that there is great potential here for a wildflower meadow and some wetland planting around the water management areas. Indeed these elements were always envisaged in the original application, with the positive outcomes for climate change and biodiversity highlighted in the original plan. This would be a huge boost for local birds and insects, and show that we are tackling the twin threats of climate change and biodiversity loss in a joined up way. Nature-based Solutions are the key to making sure we play our part in delivering a nature rich future for local residents.

“We have constantly listened to residents and our aim to make as many of their aspirations happen as possible.  For example, cycling has jumped up the world’s agenda in recent months and we are hearing requests for bike storage areas, bike maintenance areas and even cycling related courses.  We want to help make that happen.” 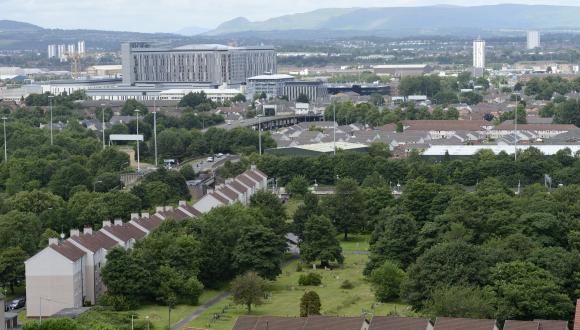 Southside Housing Association, in partnership with the local community and Glasgow City Council, will completely transform a currently underused, awkward to access and bland open space at Moss Heights to make a community park. 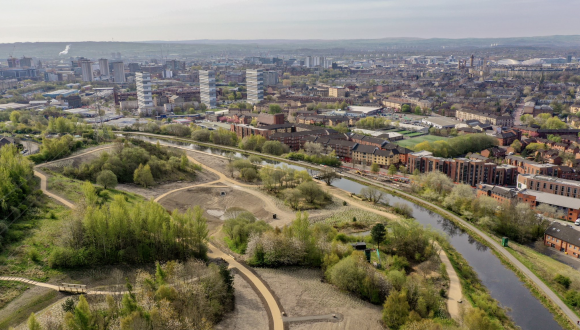