General Licences allow authorised people to carry out activities that would otherwise be illegal under the Wildlife & Countryside Act 1981 (as amended). They cover situations where we are satisfied that there is no other satisfactory solution in respect of the species to which they relate and the circumstances in which the licensed action may be taken.

If you operate under General Licence 05/2021 you must meet the following terms and conditions otherwise your actions may be illegal which could lead to prosecution.

Authorised people (operators) can keep any disabled wild-bred bird listed on Schedule 4 to the Wildlife & Countryside Act 1981 (as amended); namely

for up to 15 days without registration for the purpose of rehabilitation with a view to releasing the bird when it is no longer disabled.

An operator may be any of the following:

What other information must operators know before considering use of this General Licence?

Across Scotland from 1 January to 31 December 2021 unless previously revoked.

What are the reporting requirements for this General Licence?

Operators must send a written record of the disabled wild-bred bird they are keeping to the NatureScot licensing team within 4 days of taking it under their control. This record must contain the following information:

What other conditions must operators adhere to when using this General Licence?

"wild bird" means any bird of a species which is ordinarily resident in or is a visitor to the UK or any member State or the European territory of any member State in a wild state but does not include poultry.  "Bird" includes all stages from chick to adult.

"a wild-bred listed on Schedule 4 bird" means a wild bird included in Schedule 4 to the Wildlife and Countryside Act 1981 (as amended) other than a bird treated as bred in captivity within the meaning of Section 27(2) of the Act. 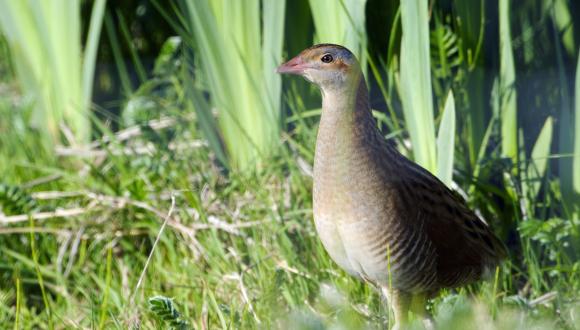