©   All rights reserved.  No part of this document may be produced, stored in a retrieval system or transmitted in any form or by any means, electronic, mechanical, photocopying, recording or otherwise, without the prior permission of the copyright holders.

This document remains the property of Highlands and Islands Airport Limited.  It contains confidential information which should not be communicated to any person who does not have a need to know for the execution of their duties.

1.1 Highlands and Islands Airports Limited (HIAL) is a public corporation wholly owned by the Scottish Ministers. The company operates and manages 11 Airports at Barra, Benbecula, Campbeltown, Dundee, Islay, Inverness, Kirkwall, Stornoway, Sumburgh, Tiree and Wick (Figure 1). HIAL’s airports are vital to the social and economic welfare of the areas they serve and are supported by subsidies from the Scottish Government in accordance with Section 34 of the Civil Aviation Act 1982.

1.2 The Nature Conservation (Scotland) Act (2004)1 requires that all public bodies in Scotland further the conservation of biodiversity in the course of their responsibilities. The Wildlife and Natural Environment (Scotland) Act 20112 (commonly known as the WANE Act) came into force on 1 January 2012 and introduced a requirement for all public bodies to report every three years on their compliance with the biodiversity duty. This biodiversity duty is about connecting people with the environment and managing biodiversity in the wider environment all around us, not just in specific protected sites.

1.4  HIAL is responsible for a large estate that contains a significant amount of important flora and fauna. Much of this estate comprises large areas of grassland habitats with many sites adjacent to the freshwater and marine environments.  These habitats support a wide range of wildlife including otters and bird assemblages.  Close liaison with SNH, RSPB and other environmental bodies is encouraged so that a balance is maintained between conservation and aircraft safety.

1.5  Many of HIAL’s sites are situated adjacent to, or within close proximity to, areas designated for their nature conservation.  These include Sites of Special Scientific Interest (SSSIs), Special Areas of Conservation (SACs), Special Protection Areas (SPAs), Ramsar sites and Marine Protected Areas (MPAs).

1.6 Protection and promotion of natural heritage and biodiversity is encompassed within the ‘Ecology and Landscape’ pillar of HIAL’s Environmental Strategy. Under this pillar, species of conservation interest are safeguarded where possible and where required by law. Promotion of the biodiversity adjacent to, or on, the airports is carried out through displays, notice boards and in public display areas of the airports.

1.7 Although there are examples across the HIAL estate where good practice is helping to deliver biodiversity benefits, it must be recognised that there are sound operational and safety reasons why HIAL cannot encourage all types of biodiversity at its locations. Therefore, it is important for HIAL to explore ways of delivering its biodiversity duty indirectly and off site, as well as on-site where appropriate.

1.8  This report covers Highlands and Islands Airports Limited (HIAL) biodiversity activities carried out in the period 2015 to 2017 inclusive.

2.1 Wildlife, flying and non-flying, enjoy the habitat around many airports because they are usually placed on the fringe of built up areas and have large tracts of undeveloped land surrounding them. It is this land that is attractive to wildlife, particularly as suitable habitats are shrinking and becoming fragmented due to residential and industrial expansion.

The presence of wildlife (birds and other animals) on and in the vicinity of an airport poses a serious threat to aircraft safety (Figure 2). Operators of European Aviation Safety Agency (EASA) certified and UK Civil Aviation Authority (CAA) licensed airports are required to take the necessary actions to identify, manage and mitigate the risk to aircraft operations posed by wildlife. They are also required to adopt measures likely to minimise the risk of collisions to as low as reasonably practicable.

2.2 Many of HIAL’s airports are near substantial wetlands or open water which is attractive to residential and migratory waterfowl. Unfortunately, the same birds can present the most dangerous threats to aircraft. HIAL is required to ensure that the airspace surrounding its airports is safe for aircraft use, at all times, and in particular to consider the potential for ‘wildlife strikes’ within 13 km of each airport. HIAL comments on new developments that may lead to increased wildlife populations through the Local Planning system. The airports also work with local land owners to ensure that the risk presented by wildlife strikes does not increase significantly.

2.3 Concern by conservation bodies and members of the public requires that airport operators demonstrate sensitivity to local wildlife issues when dealing with matters that may have an impact on species of conservation concern.

2.4  In 2016, the HIAL Wildlife and Habitat Management Review Group (WHMRG) was set up to seek out those areas where a level of universally applicable practices could be put in place for an airport to effectively manage the wildlife risk. This not only explored the biodiversity but also how to manage the habitats sympathetically and create opportunities for improvement, especially for species that may be in decline elsewhere.

2.5 The WHMRG also recommended that the habitat management plan should include an ecological survey to create an inventory of the wildlife in the vicinity of airports and include identification, population size, location and movement of all species.

2.6 Every 2-3 years, an inventory of the ecology in and around each of the airports is undertaken. This enables the airports to monitor the wildlife activity and manage the habitat.

2.7 Lasers have been trialled at Dundee, Stornoway and Sumburgh for use in wildlife control.  One of the benefits of using lasers is that it offers a non-lethal, non-injurious and environmentally benign solution to wildlife management at airports.

2.8 Protecting the environment around their airports remains one of the most important challenges facing HIAL, which requires balancing the significant socio-economic benefits of air travel with its environmental impacts. This has led to the development of an ecology and landscaping strategy that, within the constraints imposed by the normal operation of the airports, seeks to promote the development of rich and varied habitats.

3.1 HIAL developed and produced their Environmental Policy in 2017. Under the policy, HIAL committed to adopting an Environmental Management System (EMS) to drive continuous environmental improvement at its airports. The Policy is founded on 8 ‘environmental pillars’, one of which is ‘Ecology and Landscape’ , which aims to protect natural heritage, promote and support biodiversity, including threatened and endangered species where present.

3.2 HIAL is also in the process of developing their Environmental Strategy which will set out their sustainability goals across the 8 pillars, to align with and contribute to the Scottish Government’s ambitious sustainability targets.

3.3 In line with the sustainable development agenda for Scotland, HIAL will strive to meet the needs of the present without compromising the needs of future generations.  This will be achieved by striking a balance between supporting economic and social development within the communities they serve, whilst protecting the uniqueness of the natural environment, culture and heritage.

3.4 HIAL’s Board and Company management are committed to creating a culture where all employees play their part in promoting greater sustainability, thus ensuring that where possible our operations have a minimal impact upon the environment.

4.1  There are no designated sites within the boundaries of most of HIAL’s airports, with the exceptions of Barra and Islay which are situated within a SSSI/SPA. Most of HIAL’s airports lie adjacent, or within close proximity to, a number of areas protected nationally and internationally for their nature conservation.  These sites are described below:

4.1.4 Ramsar sites - Ramsar is the oldest of the environmental agreements. The treaty was negotiated through the 1960s by countries concerned about the increasing loss and degradation of wetland habitat for migratory water birds. It was adopted in the Iranian city of Ramsar in 1971 and came into force in 1975. Sites are located at Benbecula, Dundee, Inverness and Tiree.

5.1 There is a broad and diverse range of habitats which support plants, invertebrates, fungi and small to large wildlife across all the airports. The following are examples of actions carried out across the HIAL estate to protect and enhance biodiversity at our sites.

6.1 HIAL does not directly carry out biodiversity monitoring across its estate.  However, preconstruction ecological surveys are commissioned and carried out at those sites where construction projects are scheduled.  These results inform appropriate mitigation measures to be implemented on site to reduce the risk of adversely impacting species and habitats within close proximity to the construction works. This also includes carrying out Habitat Regulations Appraisals (HRA) where relevant.

6.2 Site Condition Monitoring of SSSIs, SPAs and SACs adjacent to, or within close proximity to HIAL’s airports, is carried out by Scottish National Heritage (SNH).

6.3 A bird monitoring and mapping exercise was carried out at Tiree Airport in collaboration with the RSPB. Data was collected on where different species of birds nest and roost, together with identifying their flight paths to and from their feeding grounds.

6.4 Sumburgh Airport worked with Shetland Biological Records Centre to gather data on the breeding bird numbers at the Island of Mousa.

7.1 Biodiversity information is shared across HIAL’s sites via interpretation boards and communication bulletins.

7.2   We are currently developing our Environmental Strategy and making connections with SNH and Biological Records Centres to develop further biodiversity project opportunities. 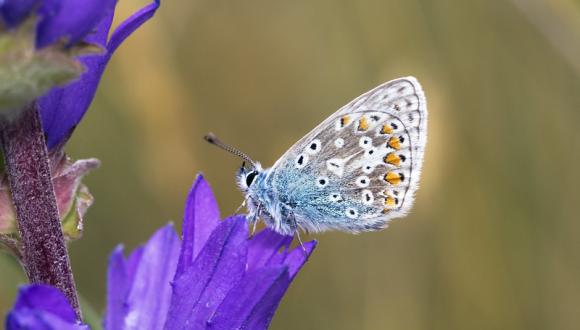 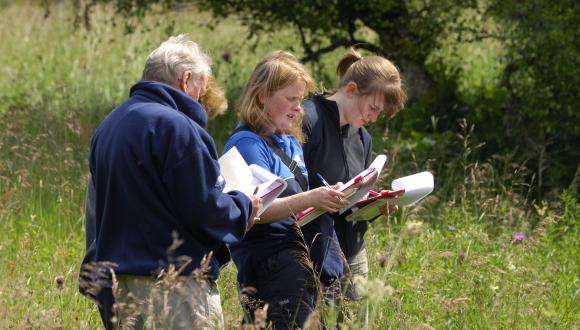 As a public body in Scotland, you are required to report publicly on your compliance with the biodiversity duty. Take a look at previous Biodviersty Duty reports by local authorities and other public bodies from 2015-2017.