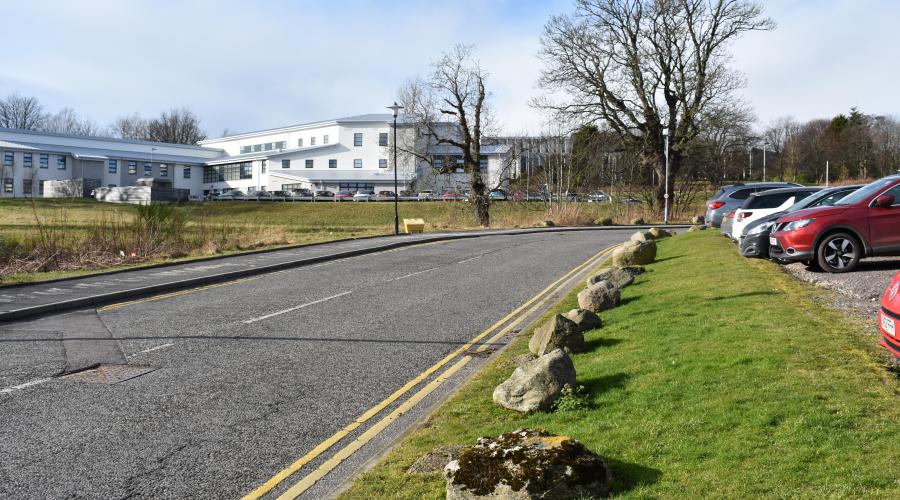 Big can be beautiful

We live in an era in which our Health Services are under increasing strain. Whilst there are a variety of causes behind these pressures, there is a growing belief that nature can play a positive role in moving towards a healthier society.

We live in an era in which our Health Services are under increasing strain. Whilst there are a variety of causes behind these pressures, there is a growing belief that nature can play a positive role in moving towards a healthier society.

In Aberdeen the Green Infrastructure Fund is being used to transform Scotland’s largest hospital complex into a site which will demonstrate how a healthy natural environment is good for patients, visitors and staff.

The project centres on the Foresterhill campus which occupies over 50 hectares and houses Aberdeen Royal Infirmary along with both the city’s Children's and Maternity Hospitals.

Some of the buildings and infrastructure here date back to the early 1900s and over the intervening period the site has developed in classic piecemeal fashion. The end result is a campus that poses challenges for pedestrians, offers little by way of car-free greenspace, and has many areas of hard surface (which in ‘industry speak’ is referred to as impermeable).

Re-instating and developing new green infrastructure offers a solution which will provide more green spaces within the site and generally enhance the local environment.

Arguably the sum of the parts is greater than any one individual element. A raft of wide-ranging plans includes the creation of active green travel corridors, the planting of wildflower meadows, introduction of sustainable drainage systems and flood management works to the Den Burn which cuts through the site.

Wildflower meadows were always part of the plans, but there may very well end up being more than initially planned. Any development of this scale will face challenges from time to time. Here one of the more tricky challenges has been working around services which in some instances are buried just beneath the surface. This made one particular tree-lined proposal fall by the wayside, but all was not lost, and it was quickly replaced with the addition of more wildflower meadows which don’t impinge on the services that lie beneath but still deliver clear benefits. It’s that flexible approach that is making the Aberdeen project an example of clever thinking and adaptation.

The project has clear ambitions to make changes which will ensure that pedestrians, cyclists and traffic are more obviously separated.  Safe, green routes will criss-cross the estate and benefit the local community as well as the people here ‘on business’.

Once on the Foresterhill site patients and staff will profit from what are being termed ‘destination’ greenspaces where breaks, contemplation, and simply being outdoors will be that bit more enjoyable. These outdoor spaces – and there is a good example next to the multi-story car park – will offer seating, therapeutic value and link to safe walking routes to help everyone relax and enjoy the new planting.

Aberdeen Royal Infirmary serves over 220,000 residents in the city and is the largest hospital complex in Scotland, so inevitably it experiences high volumes of traffic. When a site of this scale is developed there can be issue with excess water in the shape of run-off from the many hard paved and car park areas. To tackle this problem a water management system is being integrated to ensure that localised flooding and standing water become less of an issue.

The project as a whole offers a place-making benefit. The visual quality of the campus will be improved for sure and the site will become less daunting for those visiting (often in a state of some anxiety). And of course with so much planting and green network creation there is highly likely to be a clear biodiversity advantage.

For those interested in the nuts and bolts of the project it should be noted that it was a review of the Foresterhill campus led by the Green Exercise Partnership and NHS Grampian which kick-started the development. From that survey a substantial project has been born.

As Michael Caine might have said “Foresterhill campus is the largest hospital complex in Europe, not many people know that”.  Now, thanks to a stunning green infrastructure plan, this hospital campus is set to become better-known beyond the confines of the Granite City. 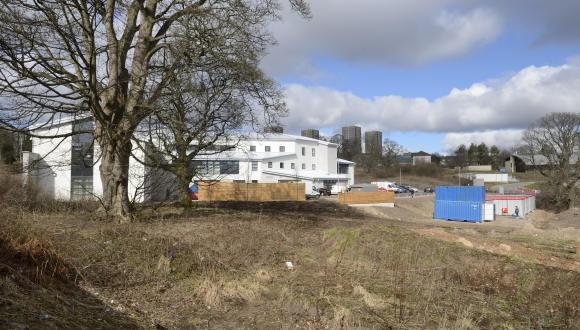 The Foresterhill project will transform the campus and demonstrate best practice in green infrastructure, delivering a range of outcomes through co-ordinated landscape interventions.