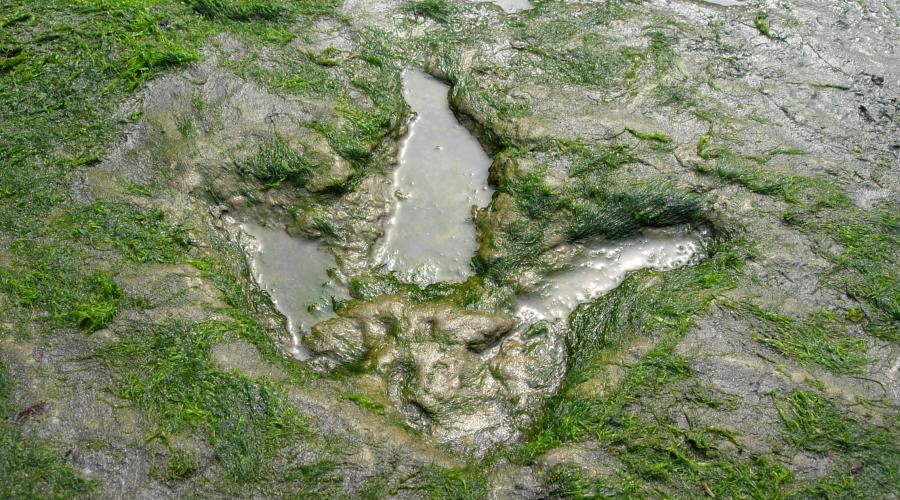 Dinosaur sites on Skye to be given official protection

Internationally-recognised Jurassic sites on Skye, containing rare evidence of how dinosaurs and early mammals lived many millions of years ago, have been granted greater vital legal status, to help ensure their protection for future generations.

The key aim of the NCO is to prevent rare vertebrate fossils from being damaged through irresponsible collection and removal from Skye’s globally important fossil sites. Importantly, the NCO aims to encourage local people and the wider public to take an interest in and report any potentially important fossil finds.

In the past, important fossil discoveries have been damaged by hammering, with specimens taken from the island and moved to private collections. In 2016 an attempt to take a plaster cast of a dinosaur footprint at An Corran risked significant damage to a feature that has become an important tourist attraction.

Known as the Dinosaur capital of Scotland, the rich Middle Jurassic fossil fauna of Skye is gradually being revealed with new discoveries continuing to be made.  These include some of the first fossil evidence of dinosaur parenting. Housed at Staffin Museum, a rock slab shows the footprints of baby dinosaurs, together with the print of an adult.  It is expected that Skye is also home to fossil remains of flying reptiles, and confirmation of this will firmly place the island in the international dinosaur hall of fame.

“Skye lays claim to the most significant dinosaur discoveries of Scotland’s Jurassic past and this Nature Conservation Order is a vital step in protecting and preserving this important part of our natural heritage for future generations.

“The Order gives extra legal protection to these special sites whilst providing for important artefacts to be collected responsibly for science and public exhibition, as Dugald Ross of the Staffin Museum has been doing since his first important discovery in 1982.

“I hope the Order gives even greater awareness of the significance of these important sites, and the important and valuable role everyone has in helping protect them.”

“This vital extra legal protection is important to ensure Skye’s unique dinosaur heritage is available for everyone to learn from and enjoy.

“The NCO covers areas of coastline where 165 million year old Middle Jurassic sedimentary rocks are gradually being eroded by the sea.  It is crucial that the footprints and actual skeletal remains of dinosaurs and other vertebrates, that are being revealed by nature are protected. These fabulous fossil finds can help answer crucial questions about ancient ecosystems and pave the way for exciting advances in our understanding of vertebrate evolution.”

“Everyone has a role to play in making the Order a success, and we are encouraging local people who think they may have found a vertebrate fossil – or a dinosaur bone or tooth - to contact Staffin Museum for advice. We are encouraging everyone to find, report and help protect - but not collect - Skye’s wonderful dinosaur heritage. Our oldest rocks formed 3 billion years ago. Find out about the eras, eons, periods, epochs and ages we use to define this staggering stretch of time.