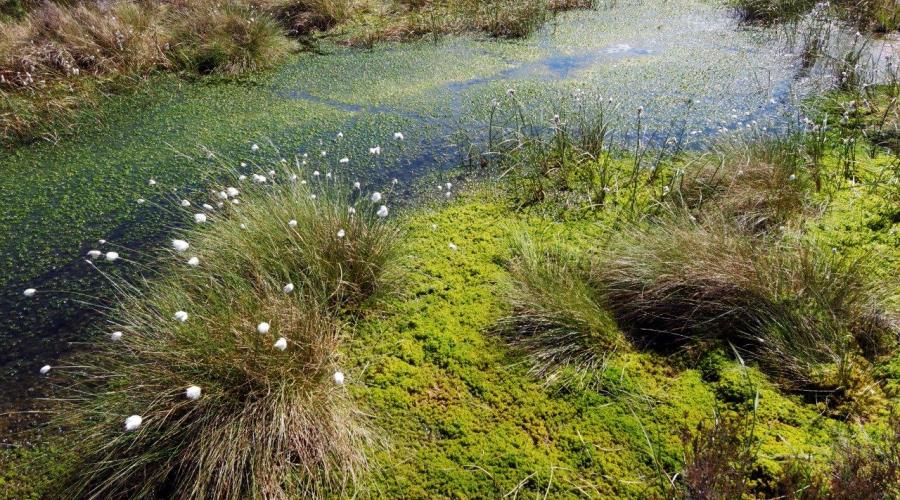 Peatland Action - What we do

Working to improve the condition of degraded bogs across Scotland.

The true worth of our peatlands is becoming increasingly recognised. As stores of carbon they are important in tackling climate change and as the basis of rural farming, sporting, tourism and crofting they are vital to the economy.  They also play a role in flood regulation, water quality and support nationally and internationally important biodiversity.

Peatlands are one of Scotland’s largest degraded ecosystems.  When peatlands are degraded the benefits they bring are lost, in fact they become sources of carbon instead of sinks – contributing to climate change rather than mitigating it.

In late 2012, the Scottish Government allocated funds to an SNH-led peatland restoration project ‘Peatland ACTION’ to kick-start the restoration challenge.

What have we achieved?

Since 2012 Peatland Action, working in partnership with others, has set over 19,000 ha of degraded peatland on the road to recovery.

Restoration work has taken place across Scotland in both the lowlands and uplands. Projects have taken place on public land as well as privately owned land and on land held by Non-Government Organisations (NGOs).

Building on a winning formula

Peatland Action Project Officers have played a pivotal role in the success of the project, many having now been in-post for several years and have developed substantial expertise in advising on peatland restoration. Feedback from grant recipients praised the independent and expert advice from Project Officers, who are based around Scotland both in SNH and partner organisations.

We work in partnership with a wide range of organisations.  Our project officers are hosted both within SNH and the following organisations.

We also work closely with others to spread our message, helping us reach our target audiences.

Follow us on Twitter @PeatlandACTION, and don't forget to tag @nature_scot and use our hashtag #PeatlandACTION especially if we've funded your peatland restoration project. Healthy peat performs vital services, but much peatland is in poor condition. Scotland’s first national peatland plan sets out how we can improve matters.